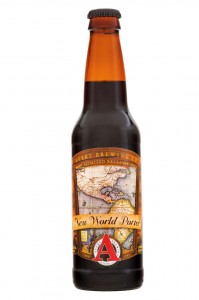 Boulder, CO —It’s cold and dark out there and the Avery Brewing Company has something bright, floral, citrusy and vibrant for you—hops! Nothing washes away the winter blues like a hoppy beer and there is no hoppy beer quite like The Maharaja, which started hitting shelves and taps this week in Colorado.

The word Maharaja is derived from the sanskrit words mahat, “great” and rajan, “king.” Much like its namesake, this imperial IPA is regal, intense and mighty. First brewed in 2005, The Maharaja is the second installment in our Dictator Series, also including The Kaiser Imperial Oktoberfest and The Czar Imperial Stout. The Maharaja is brewed in several small batches each year during the winter months. This latest batch marks the 18th release of the beer. The Maharaja, at 10.2% ABV and 102 IBUs, showcases a bouquet of hop varieties including Simcoe, Columbus, Centennial and Chinook. More than five pounds of hops are added per barrel. The hops are set against a substantial malt backbone that gives the beer just a hint of caramel-like sweetness. The Maharaja offers complex aromas and flavors that range from fruity notes like grapefruit and strawberry to more pungent and biting layers that smack of grass and pine. This beer is intended for the most dedicated of the Hop Freaks!

Another winter offering that will lighten your mood and open you to the promise of the New Year is Avery’s New World Porter. New World Porter represents an expansion of the porter category into a much more hop-driven realm. Adam Avery, the brewery’s president, CEO and brewmaster, created the beer back in 1997 as he sought to satisfy his craving for a “warming” winter beer that also fulfilled his endless desire for more hops. The result was a robust ale brewed with a massive amount of black specialty malt and highlighted by a huge dry-hop aroma. Released each winter season for the past 17 years, New World Porter has widely been recognized as one of the pioneers in the realm of Black IPAs and Cascadian Dark Ales.

The first tanks of New World Porter have been packaged and are hitting shelves and taps throughout Colorado this week. The beer will reach select retailers around the country in the coming weeks.