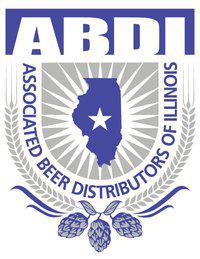 SPRINGFIELD, Ill. — On Monday, September 2, Labor Day is celebrated throughout the United States. The Associated Beer Distributors of Illinois (ABDI) joins the tribute to the social and economic achievements of American workers. Labor Day is a way to thank them.

ABDI Members continue to play an ever increasing role to Illinois’ economy by providing thousands of jobs with good benefits. In a recent study released by the Beer Institute, the Illinois beer industry’s total economic impact stood at more than $10.1 billion. It directly and indirectly employs more than 86,000 Illinoisans.

“Beer distributorship employees include truck drivers, warehouse workers, sales people, and office staff,” said ABDI President Bill Olson. “Their dedication and pride in their work have contributed to the strength, prosperity, and well-being of Illinois. Also, they contribute to the health, safety, and welfare of the citizens of Illinois through the sound and careful control of alcoholic liquors.”

“The hard working men and women directly employed by the beer industry contribute to the profitability of more than 22,000 licensed retail outlets in Illinois,” continued Olson. “ABDI Members have been busy making sure retailers are well stocked for Labor Day with a wide choice of brands so people can celebrate with their favorite beer.”

Beer distributors play a significant role in making sure that only fresh and authentic products make it to market and provide a means for new brands to enter the market. They serve as the checks and balances for the safe and timely delivery from a wide variety of manufacturers to retailers, such as grocery stores, restaurants, and bars. The three-tier regulatory system also includes the important task of calculating and collecting tax revenue due to the state. According to a study by the National Beer Wholesalers Association, beer distributors’ operations generate close to $540 million in local, state, and federal taxes. That does not include the additional $499 million in excise and consumption taxes for beer sold in Illinois.

“As everyone celebrates on Labor Day, please remember the hard workers that comprise the Illinois work force, and always remember to drink responsibly,” said Olson.

About The Associated Beer Distributors of Illinois

ABDI Members continue to play an ever increasing economic role to Illinois’ economy by providing thousands of jobs with good benefits. They collect and pay $63 million each year in excise taxes to the state and pay more than $280 million in direct wages and health care benefits.