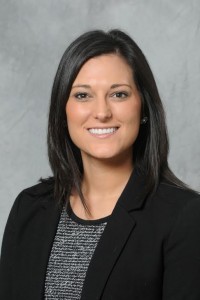 Springfield, IL — Stephanie N. Vojas has been hired as Vice President of Government Relations for the Associated Beer Distributors of Illinois (ABDI) announced Bob Myers, ABDI President. Vojas began on Tuesday, January 2, 2014. She replaces Bob Myers who held the position for over 20 years.

“After interviewing numerous candidates over several months, Stephanie Vojas’ experience and knowledge made her the natural choice,” said Myers. “She is responsible for overseeing our legislative issues at the state capitol. I look forward to working with her as she learns the beer distribution industry.”

Vojas previously worked in the same capacity with the Illinois Trial Lawyers Association for over four years. She also has served as assistant legal counsel for Illinois Senate President John Cullerton.

“I am excited about the opportunity to work with such a fascinating industry,” said Vojas. “I have much to learn about beer distribution, but look forward to working with Bob Myers and the rest of the ABDI staff.”

Vojas graduated from the University of Illinois, Champaign-Urbana, and received her J.D. from Southern Illinois University, Carbondale.