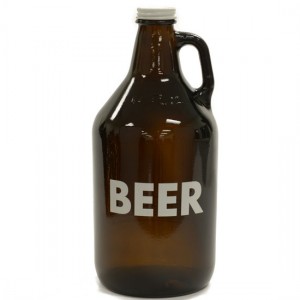 While bottles and cans have served as the core packages in craft beer’s surge, the 32 and 64 oz. resealable bottle known as the growler has lagged behind.

It’s not for lack of desire — growlers are one of the most popular containers for brewers and consumers alike. What has hampered the growth of the growler is that, in many retail locations, it remains illegal to refill them.

But when the thirst for craft beer is concerned, things can change quickly. Take a recent case in Maryland, where there are currently only five establishments in the state that are allowed to refill growlers, and they’re all brewpubs (even stalwart brewery Flying Dog, in Frederick, Md. can’t do it). On Tuesday, however, a bill to allow Montgomery County to grant permits to refill growlers passed through the House of Delegates — unanimously.

The state’s senate will be the next to vote on the permitting process for the county, which is located just outside of Washington, D.C.

Like much of craft’s growth, the bill started at a local level: Charleen Merkel, the co-owner of a small catering service and sandwich shop in Bethesda, Md., Bradley Food & Beverage, had asked the county government if she could sell growlers at her shop, which runs six taps for on-premise consumption as well as selling a variety of craft brews. It was even sponsored by a local, State Sen. Brian Frosh (D), who remembered coming into Bradley Food & Beverage for sandwiches when he was younger.

Merkel said that she wasn’t surprised by the relatively easy process. She added that refilling growlers was recently legalized in nearby Baltimore City and Howard County.

“It sounds like everybody was ready for the change,” she said. “It was an antiquated bill that needed to be updated.”

This desire is shared by a signification portion of the country’s beer drinkers, and retailers are taking notice. Total Wine, a liquor store chain with more than 85 locations in 14 states, announced on Wednesday that it will feature growler stations where permitted by law. By the end of 2013, Total Wine expects to have one-liter and 64 oz. growlers in approximately 20 locations.

The progress of the bill in Montgomery County seems to mirror that of other growler bills. Once they’re drafted, they’re usually passed.

Still, there are hurdles in many states: In Delaware, breweries and state representative Debra Heffernan are pushing to legalize filling growlers. Joey Redner, CEO of Cigar City Brewing Company in Tampa, Fla., has been fighting to fill growlers for years. On June 4, 2009, The Tampa Bay Times published a story by Redner that analyzed America’s dumbest beer laws. Perhaps his desire to fill growlers was the entire reason for the article. Redner named Florida’s resistance to growlers as the No. 1 dumbest beer law in the country.

“Most Floridians have never had the pleasure of buying beer in its freshest state, right from the brewery,” Redner wrote.

In California, breweries can fill any resealable growler so long as it covers previous labels and depicts accurate labeling information, such as the name and location of the brewery, the name of the beer and the ABV (if it exceeds 5.7 percent, according to Jacob McKean, founder of brewery-to-be Modern Times). Even in Arizona, a state widely known for its conservative culture, a law passed on Aug. 2, 2012 that permitted bars and liquor stores to sell and refill growlers. Like several other states, filling growlers is legal in select locations in Georgia.

If the bill initiated by the Merkels passes the senate, Montgomery County will be another one of those select locations.