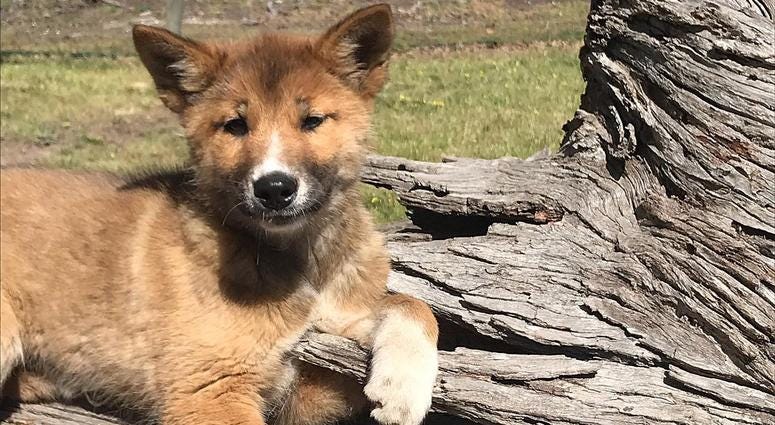 LOS ANGELES — Following on the heels of the recent discovery of a rare, purebred Dingo in Australia, Sydney-based brewery 4 Pines Brewing in partnership with Los Angeles-based, Anheuser-Busch InBev-owned Golden Road Brewing have announced the launch of their first trans-Pacific collaboration brew, Dingo Pup, paying tribute to the real dingo that has captured the world’s imagination.

Inspired by Golden Road’s Wolf Pup with an Aussie twist, Dingo Pup Trans-Pacific Hazy Pale Ale will be brewed on Tuesday, December 17 simultaneously in Sydney and LA and released across California and Australia in January 2020. Brewed with unique Aussie (Galaxy) and American (El Dorado) hops, the beer will showcase everything to love about California and Australia – fun, sun, surf and sharing those epic moments with mates. Dingo Pup will have a juicy, candy-like watermelon and bubble gum flavor with an ABV of 5%.

“First connecting on a sunny Saturday at our pub in Anaheim, CA, we learned we had much in common with our buddies from Down Under. From surf sessions to sessionable hoppy beers, we quickly realized we should figure out a way to work together. This hazy pale ale brings together two hops that we love with a style that’s celebrated worldwide,” said Meg Gill, Founder of Golden Road.

Given the timing of the launch and the recent discovery of Wandi — a rare purebred dingo pup who was literally dropped from the sky by a hungry eagle in Wandiligong, Australia — it seemed only fitting to introduce one Dingo Pup to another.

“We thought it was wild enough with the international date line, that we will be brewing the same beer on the same day,” said Jaron Mitchell Co-Founder of 4Pines Brewing. “But, then came this Dingo, Wandi, who dropped from the sky and into the hearts of people across the globe and he went nuts on social media feeds. So, we started chatting with our mates at Golden Road and we had to see if we could mash these two Dingo Pups together.”

4 Pines Brewing will celebrate the brew’s launch by sending the first kegs of Dingo Pup to Wandiligong for a fundraiser to support the Australian Dingo Foundation in their Dingo education, research and protection. Wandi the Dingo Pup will join the celebrations – returning to the town where he was found after three months of training at the Foundation’s sanctuary.

4 Pines Brewing was born over a decade ago from a casual post-surf conversation between a father and son, who simply wanted an exceptional beer and options were limited. Since then, the company has grown considerably and is now one of Australia’s most highly awarded breweries, recently picking up 3 Gold medals at the highly coveted European Beer Star Awards. 4 Pines is now brewing in the US and has launched 3 beers this year: Down Under Pale Ale, Down Under IPA and a limited release Stout. 4 Pines beers are currently available across California and Florida with the likes of BevMo!, Total Wine and independent stores.

Golden Road is committed to engaging and supporting the growing community of socially-minded beer enthusiasts. Inspired byCalifornia, Golden Road’s year-round offerings include Mango Cart Wheat Ale, Wolf Pup Session IPA, Point the Way IPA, Get Up Offa That Brown and Golden Road Hefeweizen. Along with the core beers, Golden Road brewers are constantly experimenting with the freshest ingredients through a collection of rotating, seasonal and limited-edition brews.

About Wandi the Dingo

Found in a residential neighbourhood in Wandiligong in the state of Victoria in southeast Australia, Wandi (who now has more than 40,000 followers on Instagram) is believed to have been dropped by a large bird, such as an eagle or an owl, from the sky. According to the Australian Dingo Foundation’s director, Lyn Watson, Wandi’s DNA test shows he is a rare, purebred Alpine dingo, one of three types of dingoes in Australia, and the only type that’s endangered. Eradication programs, hunting and inbreeding have all threatened the species’ survival, reports the Washington Post. But now that he’s with the Australian Dingo Foundation, Wandi can one day become one of about 40 adults in their breeding program, reports CNN.