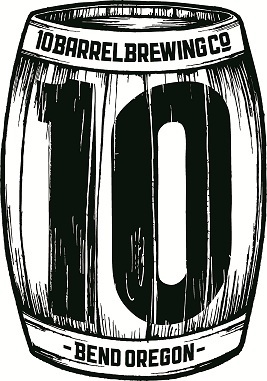 10 Barrel Brewing, a craft beer company based in Bend, Ore., today announced it has agreed to be acquired by Anheuser-Busch InBev, the world’s largest beer manufacturer. Official terms of the deal were not disclosed.

A full release is below. Official story to follow.

Anheuser-Busch today announced it has agreed to purchase 10 Barrel Brewing Company, located in Bend, Ore. One of the country’s fastest-growing and most innovative breweries, 10 Barrel was one of only four U.S. breweries to win three medals and tied for most medals won at this year’s Great American Beer Festival, the largest beer competition in the world.

“For the past eight years, we’ve been brewing beer, drinking beer and having fun doing it.” said co-founder Jeremy Cox, who will continue to lead 10 Barrel along with his partners, co-founder and brother Chris Cox, and Garrett Wales. “We are excited to stay focused on brewing cool beers, get our beers in more hands, and make the most of the operational and distribution expertise of Anheuser-Busch,” said Cox.

10 Barrel expects to sell approximately 40,000 barrels of beer in 2014. Apocalypse IPA, the brewer’s most popular beer, accounts for nearly half of the company’s total volume.

“10 Barrel, its brewers, and their high-quality beers are an exciting addition to our high-end portfolio,” said Andy Goeler, CEO, Craft, Anheuser-Busch. “The brewery is a major contender in the Northwest, an area with a large number of craft breweries. We see tremendous value in the brewery’s unique offerings and differentiated style, which 10 Barrel fans know and love.”

In addition to the Bend brewery, the acquisition will include the company’s existing brewpubs in Bend and Boise, Idaho; and a Portland brewpub scheduled to open in early 2015.

Anheuser-Busch’s purchase of 10 Barrel is expected to close by the end of 2014. Terms of the agreement were not disclosed.

10 Barrel Brewing Co. is a Bend, Ore., based brewery with one simple mindset ÔÇª brew beer, drink beer and have fun doing it. They currently distribute their brands in Oregon, Idaho and Washington. For more information, check outwww.10barrel.com or get social at fb.com/10barrelbrewingco and @10barrelbrewing on Instagram and Twitter.

For more than 160 years, Anheuser-Busch and its world-class brewmasters have carried on a legacy of brewing America’s most-popular beers. Starting with the finest, all-natural ingredients sourced from Anheuser-Busch’s family of growers, every batch is hand-crafted using the same exacting standards and time-honored traditions passed down through generations of proud Anheuser-Busch brewmasters and employees. Best known for its fine American-style lagers, Budweiser and Bud Light, the company’s beers lead numerous beer segments and combined hold 47.2 percent share of the U.S. beer market. Anheuser-Busch is the U.S. arm of Anheuser-Busch InBev and operates 12 breweries, 17 distributorships and 23 agricultural and packaging facilities across the United States, representing a capital investment of more than $15.5 billion. Its flagship brewery remains in St. Louis, Mo., and is among the global company’s largest and most technologically capable breweries. Visitor and special beermaster tours are available at its St. Louis and four other Anheuser-Busch breweries. For more information, visitwww.anheuser-busch.com.