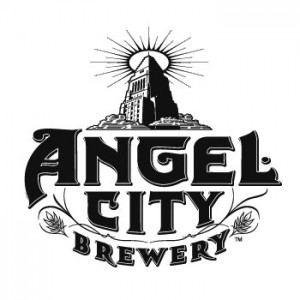 Los Angeles, CA — For beer lovers, late September/early October is the best time of the year. It’s the two-plus weeks when Oktoberfest unleashes its beer-flowing, schnitzel-eating, game-playing traditions throughout the land. It’s a time for beer enthusiasts to raise their mugs and toast what’s become one of the most sensational celebrations in the world. In honor of the international festival, Angel City Brewery is launching its Oktoberfest beer to bring a little taste of the annual celebration in Munich to the modern-day Angelenos.

Angel City Brewery’s Oktoberfest is much like the brewer who makes it — red, sweet and German-inspired. It has a 6.0% ABV and 20 IBUs. The caramel-y, German lager style beer boasts lower IBUs because of its strong malt flavor backbone. Oktoberfest is now available in the Public House, as well as on draft at local bars and restaurants, and in 6-packs and cases at markets and liquor stores across Los Angeles. For more about the beer, check out this video featuring Head Brewer, Dieter Foerstner: https://www.youtube.com/watch?v=6f41zZKNivs&feature=youtu.be

“To some, Oktoberfest is the world’s biggest party celebrating man’s greatest achievement: beer,” said Head Brewer Dieter Foerstner. “For me, Oktoberfest is the time of year when you get together with family and friends to celebrate, well, being with family and friends. Having a great beer to celebrate with, that’s perfection.”

Angel City will be hosting a week-long Oktoberfest celebration in September. Keep an eye out on their website and Facebook page for more information.

The Public House is Angel City’s own 19-tap bar serving an ever-changing roster of classic and newly inspired beer. The bar is open 7 days a week with a full calendar of events ranging from weekly industry and trivia nights, to art shows, live music and festivals. Private event space is also available. The Public House is open Monday-Wednesday, 4:00pm — 10:00pm, Thursday and Friday 4:00pm — 12am, Saturday 12:00pm — 12:00am, and Sunday 12:00pm — 10:00pm.

Angel City Brewery is excited to be part of the renaissance of Downtown LA by bringing old-world, small-batch, craft brewing to the new world of the expanding Arts District. Angel City is committed to the continued growth and revitalization of its neighborhoods by being an interactive and supportive partner to the arts and business communities, as well as the burgeoning craft beer movement in Los Angeles. Angel City Brewery is located at located at 216 South Alameda Street, Los Angeles, CA 90012. Angel City Brewery is online at www.AngelCityBrewery.com, on Facebook and on Twitter. The phone number is (213) 622-1261.