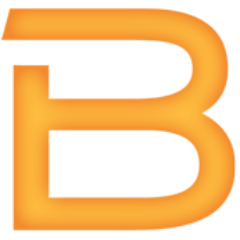 Durham, NC – After 22 years of successfully running All About Beer Magazine and creating the popular World Beer Festivals, Daniel Bradford, president of Chautauqua, Inc. announced the sale of his business to the newly formed All About Beer LLC, a Triangle-based company led by Christopher Rice. The newly formed company will retain its headquarters in Durham, and maintain editorial offices in New York and San Francisco.

“I’m excited about the energy and resources Chris and the All About Beer team will bring to both magazine and festivals,” says Daniel Bradford, who purchased the company in 1992 and created the first World Beer Festival in Durham in 1996 and later expanded them to Raleigh, NC, Columbia, SC and Cleveland, OH. “Chris has an extensive knowledge of our industry, having opened the fifth modern brewery in North Carolina and has advised several breweries and brewpubs during his career.”

The first and best-selling consumer beer publication in the United States, in 2015 All About Beer Magazine will celebrate 35 years of chronicling the global beer industry for consumers.

“I have been a loyal follower of All About Beer Magazine’s work during my 20 years connected to the beer industry,” said Mr. Rice. “It has a substantial position not only as the best-selling beer publication in the U.S. and Canada, but also telling great beer and brewing stories since 1979. Like so many of the brewers we have promoted and supported for the past 35 years, All About Beer Magazine has a strong history and standing in the beer industry. Daniel built great strength in these brands in his time as publisher, and I am very excited about the opportunities we have in front of us.”

Mr. Rice will assume the title of President and Publisher of All About Beer, LLC.

“All About Beer Magazine is the guide to all things craft beer,” said Gary Fish, Founder and CEO of Deschutes Brewery Inc. and Chair of the Brewers Association. “Daniel and his team have been getting it done since before most people knew there was such a thing as “Craft Beer.”

Rice and his team represent the third wave of the craft beer movement. The industry began by embracing a few classic styles, which morphed into a full spectrum of ales and lagers. Today’s brewers and beer enthusiasts embrace innovation and experimentation just as they have for the nearly 40 years of significant growth in specialty brewing. While serving as Vice President of Chautauqua, Inc. Mr. Rice helped forge the direction of both the magazine and World Beer Festivals to better respond to the continued expansion of the brewing industry.

“I have been delighted to participate in Chris’ vision,” adds Mr. Bradford. “With his creativity and business acumen, he is poised to increase the presence of these products in this new imaginative beer world.”

According to the Brewers Association, in 2013 craft beer sales were up 17.2% over the previous year, with an 18% growth in production volume. The craft brewing industry contributed $33.9 billion to the U.S. economy in 2012, providing 360,000 jobs. The magazine’s home base state of North Carolina ranks 9th in the U.S. with a total of 91 breweries, contributing $791.1 million economic impact in 2013, 14th in the country.

“Craft beer is the fastest growing segment in the American beer industry,” said Jim Koch, Chairman and Founder, The Boston Beer Company, makers of Samuel Adams. “All About Beer Magazine has often been called, and accurately so, the bible of our industry.”

“We have seen such a tremendous period of growth in beer appreciation, quality and awareness,” adds Mr. Rice. “All About Beer Magazine has helped to greatly generate this awareness over the years. We are very excited to evolve our support for the industry’s beers and the brewers that make them, evolving uniquely just as the industry has done for the past 35 years.”

All About Beer Magazine was first published in 1979 to focus on the then growing influence of import beers and breweries in the United States. The company expanded to produce its own series of events, known as World Beer Festivals, in 1996, and has been a pioneer in producing beer festivals for twenty years. Company owners took a leadership role in the North Carolina campaign in 2005 to “Pop the Cap,” the effort to change North Carolina alcohol legislation, providing a substantial gateway for the growth of beer and brewing in the state. The company has the leading and best-selling magazine for the beer consumer.

With new ownership, the company will continue to focus on the growth of its print and digital media properties, as well as new beer festivals and events. The company produces beer events and festivals in several leading beer markets in the U.S., and has produced events in North Carolina, South Carolina, Virginia, Ohio, Colorado, and Florida. Learn more at www.allaboutbeer.com.