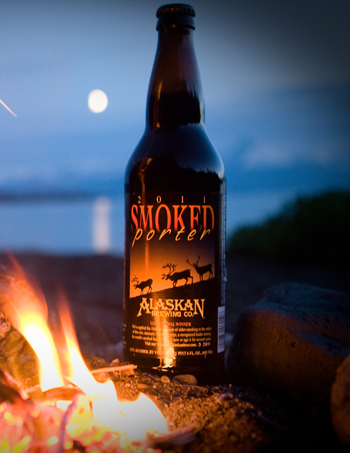 JUNEAU, Alaska — Alaskan Brewing Co. was awarded a bronze medal in the “Specialty Other Special Feature Beer” category at an award ceremony today at the 2013 International Brewing Awards for its Smoked Porter. The ceremony was held in London at the 800-year-old Guildhall.

This competition has been held since 1886, and is often referred to as “the Oscars of the brewing industry.” All judges in the completion are currently practicing brewers. The competition saw over 800 entries judged in 10 categories with 35 classes.

Alaskan Brewing’s Smoked Porter is produced in limited “vintages” each year on November 1 and unlike most beers, may be aged in the bottle much like fine wine. It was first developed when Alaskan Brewing co-founder Geoff Larson, who is also one of the judges for the International Brewing Awards, was challenged by another business owner in the neighborhood who ran a salmon smoking facility, to make the perfect beer to pair with smoked salmon.

“Using the same Alder smoking process as the salmon smoker was using seemed like a natural fit – and it spoke to the history of brewing in Juneau,” says Larson. “And so we starting brewing this style, which is known as rauchbier in Germany.”