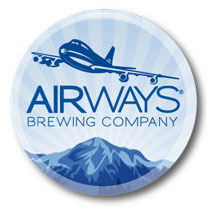 This year’s collaborative recipe and brew session resulted in a bitter using ESB and Crystal malts with Willamette, Cascade, East Kent Golding hops. Amber in color, the Beer Broads Spring Bitter is similar to a British Extra Special Bitter (ESB), but with a Northwest flair. Featuring an approachable 33 IBUs and 5.5 percent ABV, this bitter pairs well with meats, cheeses, or spicy foods, and of course, tastes delicious just on its own. A portion of the proceeds will go to support education for women entering the brewing industry.

“For the second year in a row, the Beer Broads were surveyed and said they wanted to brew a beer that fit the season,” said Alex Dittmar, owner and head brewer at Airways Brewing Company. “We came up with a Northwest take on a British classic.”

On Monday, May 13, the Beer Broads Spring Bitter will be released at Airways Brewing Company for pints and growler fills, and at three Seattle Beer Week events: Thirsty Sisters Present Women in Beer at Pike Brewing, This is Washington Dammit! at The Beveridge Place Pub in West Seattle, and Can You Handle My Randall? at The Pine Box in Capitol Hill where it will be poured through lemongrass and orange peel.

For more information about Airways Brewing and its selection of handcrafted brews, be sure to follow Airways Brewing Company on Facebook and Twitter, or visit www.airwaysbrewing.com.