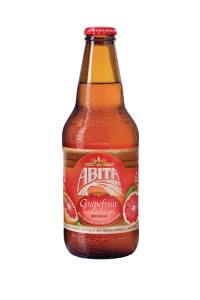 Abita Springs, LA — The Abita Brewing Company is pleased to announce that their popular Andygator┬« will soon be available in six-packs for the first time and a new Grapefruit Harvest I.P.A. will be joining the popular Abita Harvest line of brews.

Andygator┬« in six packs in October

“This announcement is going to make people very happy, “ said David Blossman, President of Abita Beer. “Andygator┬« has a huge following and consumers have been clamoring for it in six-packs for a very long time,” said Blossman. “Although it has been available as a draft brew since the beginning and in 22 ounce bottles for some time, our old packaging line didn’t have the capacity to handle production of Andygator┬« six-packs. With our new line and planned improvements to the brewhouse, we’re ready to start rolling out Andygator┬« in this format in October.”

Abita Andygator┬«, is a unique, high-gravity brew made with pale malt, German lager yeast, and German Perle hops. Unlike other high-gravity brews, Andygator┬« is fermented to a dry finish with a slightly sweet flavor and subtle fruit aroma. Reaching an alcohol strength of 8% by volume, it is a Helles Doppelbock. The brew will also continue to be sold in 22 ounce bottles and as a draft brew.

“Grapefruit and hops pair well together,” said David Blossman. “In fact, many hops have grapefruit characteristics. That’s what makes Abita Grapefruit Harvest I.P.A. a natural choice.” The new brew will make its debut as a part of the Abita Harvest line of brews in December. All Abita Harvest brews are made with ingredients grown in Louisiana and harvested at the height of the season to capture the most flavor for these unique brews. Abita Harvest brews are available for a limited time and in limited quantities. Abita Grapefruit Harvest I.P.A. is a brilliant golden brew with a subtle zest of grapefruit flavor and aroma that enhances the strong hop character. The bright, snappy brew is made with real Louisiana Ruby-Red grapefruit, pale, pilsner, wheat and caramel malts and cascade hops.