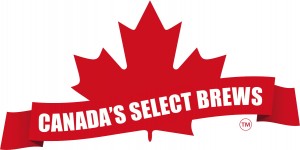 San Jose, Calif. — The products of Howe Sound Brewing Company will be the first of 2X4 Brewing & Imports portfolio to be distributed by Young’s Market Company in California. Products from Parallel 49 Brewing Company and others as part of the “Canada’s Select Brews Ôäó” established by 2X4 will soon follow.

The Canada’s Select Brews TM family of craft beers, ales and ciders will be offered to retailers and restaurateurs as a package of high quality and unique products from Canada that will add depth and quality to the craft beer category. These beers are not only award winning they are also brewed in Canadian locales that are natural and pristine. Their underlying stories and high quality provide excellent market appeal in the USA import craft beer market.

Howe Sound Brewing is located in Squamish, BC, at the head of Howe Sound, a 40-mile mountain lined fiord north of Vancouver. The internationally renowned ski resort, Whistler is a further 35 miles up the Sea to Sky highway. The entire area is known as The Outdoor Recreational Capital of Canada, featuring rock climbing, mountain biking, hiking, boating, skiing and much more. In addition, Howe Sound bottles its products in a unique and re-sealable “Pot Stopper” bottle in 1-liter size. This unique bottle offers an attractive trend setting package and value in providing the consumer 25-35% more beer in comparison to the 750ml and 650ml format that most USA Craft Specialty beers are sold in for single unit take-away.

According to Fore, “The Howe Sound products covered by the agreement include the “King Heffy” a rich full bodied 3 Time Gold Medal winning Imperial Hefeweizen and a powerhouse experimental ale, “Megadestroyer” an Imperial Licorice Stout that is a beer geeks dream”. Howe Sound products will be available in limited release on California retail shelves in November 2013.

Parallel 49 Brewing Co., is located in Vancouver, BC, a city that is known internationally as one of the Most Livable in the world. Vancouver is currently experiencing a renaissance in craft beer making with over 20 new small craft breweries opening in the last five years. Parallel 49, a relative new comer has established itself as the fastest growing craft brewer in Canada. One reason for its success is the quality of its beers. In its first year of production Parallel 49 won four Canadian Brewing Awards, a Gold and three Silver medals. The Gold Medal was taken by their first release of the Vow of Silence Belgian Abbey Ale. This sent shockwaves throughout the Canadian Craft beer trade as the Belgian Category is typically swept from craft brewers located in the Ontario and Quebec provinces. The Parallel 49 beers will be launched by YMC early in 2014.