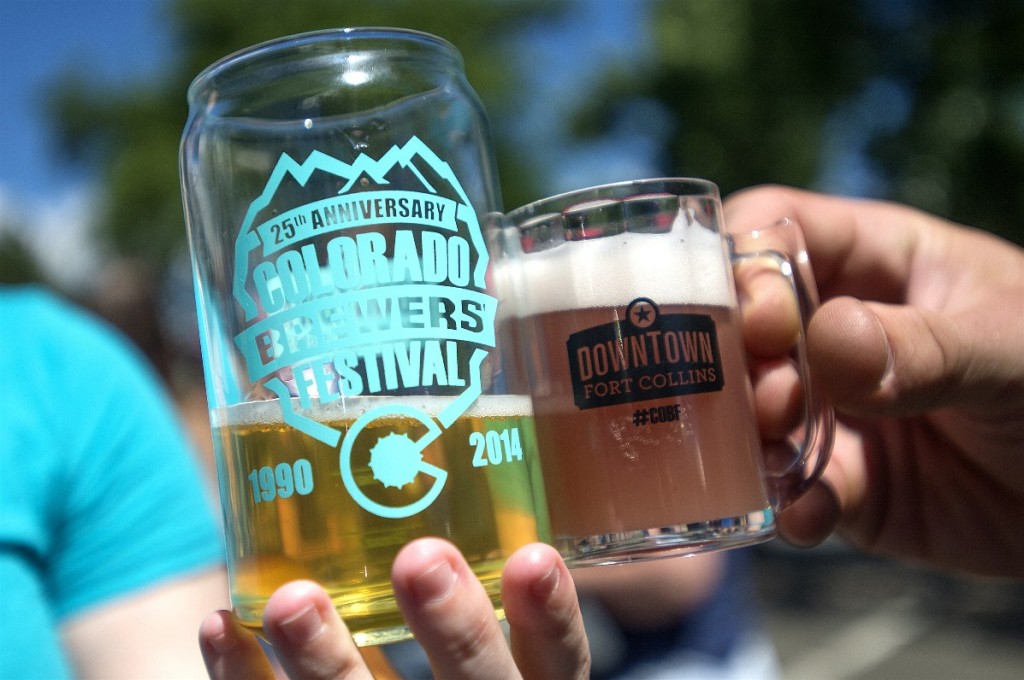 This year’s COBF drew 18,000 attendees to the festival in the city’s Civic Center Park area. That figure is a 100% boost over last year’s attendance and a 20% boost over the fest’s average annual attendance of 15,000.

“Our goal with the 25th edition,” says festival director Peggy Lyle, “was to celebrate our history, add fresh appeal with new beer features, and get momentum for the next 25 years. With this year’s big turnout and the enthusiastic response from beer lovers, we think we hit that goal.”

“Colorado brewers and beer lovers,” Lyle adds, “were eager to join us for that honoring of our past, and they liked the new features we added this year.”

The festival’s long list of nine new features stretched from a pre-COBF breakfast brunch & procession and a debut COBF anniversary ale, to rotating taps each day, a specialty beer tent, and the fest’s most ambitious beer list ever.

This year’s COBF poured 120 beers from over 50 Colorado brewers, a 50% increase over last year’s COBF beer list. The fest’s Summit area poured 20 rotating specialty and hard-to-find beers each day and was especially popular.

The COBF’s larger crowds and the appeal of its new features led to longer-than-preferred wait times for beers during the fest’s peak hours on Saturday. Fest officials are already planning steps to avoid those delays for the 2015 COBF.

“We’re glad,” Lyle says, “that we implemented a new and faster serving program this year, or those Saturday waits would’ve been much longer than they were.”

“One reason our festival has lasted so long,” she adds, “is that we’ve made a point over our 25 years to respond to feedback from beer drinkers and brewers and changes in the craft beer trade.”

Next year’s COBF will return on June 27 & 28 of 2015. For more info and photos from the 2014 Colorado Brewers’ Festival visit www.DowntownFortCollins.com .

The festival was started in 1990 when Fort Collins brewers Doug Odell (Odell Brewing) and Brad Page (Coopersmith’s Pub & Brewing) approached the Downtown Fort Collins Business Association with the idea of a festival to showcase local brewers.

“Fort Collins,” Doug Odell says proudly, “is one of the most respected brewing centers in the United States. The Colorado Brewers’ Festival has played a significant role in our city’s beer-centric progress and helped make Colorado one of the nation’s best states for craft beer.”