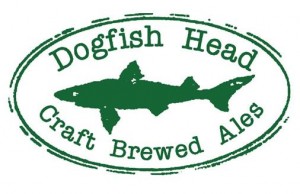 AUSTIN, Texas, Jan. 10, 2011 /PRNewswire/ — The Alamo Drafthouse Cinema and Dogfish Head Craft Brewery have teamed up for the "Off-Centered Film Fest" short film competition onApril 15 & 16 in Austin, TX. Featuring off-centered films for off-centered people, the festival celebrates the DIY approach of both the Alamo Drafthouse & Dogfish Head Craft Brewery. Submissions for the festival are being accepted now with a deadline of March 1st to enter. Rules and submission instructions can be found here.

Dogfish Head Craft Brewery wants to give independent-minded, aspiring filmmakers the chance to let their own freak-flags fly by making their own films that celebrate "off-centeredness," to be interpreted in unique and creative ways!  The goal is to build a short film competition that is as far from the mainstream as Dogfish Head's 90 Minute I.P.A. is from mainstream beer.  "The Off-Centered Film Fest is one of my favorite events of the year.  There is a tremendous overlap in the creative spirit between the indie film and the indie beer communities and everyone at Dogfish enjoys getting our chocolate into the Alamo's peanut butter," said Sam Calagione, Dogfish Head Craft Brewery Founder.

"I am a beer drinker, that pastime and a love of movies is what brought about the Alamo Drafthouse concept in the first place.  I brewed beer in college and am always on the hunt for new and interesting beers to try.  Without a doubt, Dogfish Head is one of the most innovative, creative and exciting breweries to have ever existed.  I am a huge fan (and consumer) of Sam's brand, and it is an honor to partner with them to produce the Off-Centered Film Fest," said Tim League, Alamo Drafthouse Founder & CEO.

Visit the official site for the Off-Centered Film Fest for more information.

When Sam Calagione opened Dogfish Head in 1995 it was the smallest commercial brewery in America making 10 gallons of beer at a time.  Today Dogfish Head is among the fastest growing breweries in the country.  Dogfish Head has focused on brewing stronger, more exotic beers since the day it opened as the motto "Off-centered ales for off-centered people" attests to.  Dogfish Head has grown into a 120 person company with a restaurant/brewery/distillery in Rehoboth Beach and a production brewery in Milton, Delaware, selling beer in 31 states and three countries.  Sam authored "Brewing up a Business" and "Extreme Brewing," co-authored "He Said Beer, She Said Wine," and is the host of the Discovery Channel series, Brew Masters.  He lives in Lewes, Delaware, with his wife Mariah and children, Sammy and Grier.

The Alamo Drafthouse is a lifestyle entertainment brand with an acclaimed cinema-eatery, the largest genre film festival in the United Sates and an online collectible art store. Named "the best theater in America" by Entertainment Weekly, the Alamo Drafthouse Cinema has built a reputation as a movie lover's oasis not only by combining food and drink service with the movie-going experience, but also introducing unique programming and high profile, star studded special events. Alamo Drafthouse Founder & CEO, Tim League, created Fantastic Fest, a world renowned film festival dubbed "The Geek Telluride" by Variety. Fantastic Fest showcases eight days of offbeat cinema from independents, international filmmakers and major Hollywood Studios. The Alamo Drafthouse's collectible art boutique, Mondo, offers breathtaking, original products featuring designs from world-famous artists based on licenses for popular TV and Movie properties including Star Wars, Star Trek & Universal Monsters. The Alamo Drafthouse Cinema is expanding its brand in new and exciting ways, including the launch of Drafthouse Films, a new film distribution label and plans to extend its theaters and unique programming philosophy to additional markets across the United States. More information about Alamo Drafthouse franchise opportunities are available on the official website.