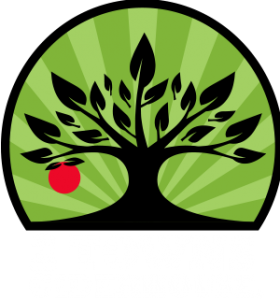 “It’s been a goal of ours to bring our cider to the Sacramento and Tahoe areas for some time. The area shares the same passion for the outdoors and the good life as we do in the Northwest—it’s a natural fit for 2 Towns products,” said Lee Larsen, CEO of 2 Towns Ciderhouse. “Mussetter is well respected in the beverage industry, has a strong commitment to craft beverages, and understands our commitment to our customers. We are thrilled to have them as our partner.”

2 Towns Ciderhouse ciders are now available in the area, with release events scheduled starting August 11th. Initially Mussetter will offer 2 Towns flagships Bright Cider and Bad Apple, seasonal Made Marion and Rhubarbarian, and the limited release Apricot-infused cider, ‘Cot in the Act— with seasonal and limited releases rotating throughout the year.

“2 Towns Ciderhouse takes craft seriously, just like we do. We’re excited to bring one of the best ciders the Northwest has to offer to the region,” said Jason Mussetter, general manager of Mussetter. “Based on their diverse and exciting cider lineup we are confident that their cider will perform extremely well in Greater Sacramento, and we are excited to help make that happen.”

2 Towns Ciderhouse produces craft hard apple cider in Corvallis, Oregon. Founded in 2010 by three friends living in the two towns of Eugene and Corvallis, OR, 2 Towns Ciderhouse strives to bring craft hard apple cider back to the people. 2 Towns Ciderhouse is proud to be a part of the resurgence of America’s first craft beverage of choice. In 2012 we began planting our own cider apple orchard, and since the beginning we’ve been committed to supporting local apple growers by insisting on using the finest fresh-pressed 100% NW apples. We never take shortcuts in the cider-making process—and never add sugar or essence flavorings—but instead let the fresh, naturally fermented ingredients speak for themselves.

Presently, Mussetter Distributing represents the largest selection of local craft beer brands in the Greater Sacramento area, & some of the best of the regional craft beers! Mussetter has an educated staff, makes efforts to educate and inform customers, and is a huge proponent in this movement which is craft beer! The team at Mussetter was a national recipient of the 2013 Brewers Association’s Craft Beer Distributor of the Year, Special Recognition.