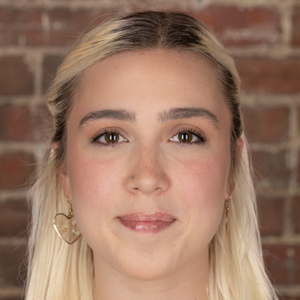 Zoe Licata is the Editorial Assistant for brewbound.com.

Anheuser-Busch InBev (A-B) announced its solution to the “better-for-you” trend Thursday: Bud Light Next, a zero-carb beer slated for release in early 2022, according to CNN Business.

Beer industry trade groups are calling on the leaders of the U.S. Senate appropriations committee to allocate additional funds to the Department of the Treasury’s Alcohol and Tobacco Tax and Trade Bureau’s (TTB) 2022 fiscal year budget. The Food and Drug Administration (FDA) and Centers for Disease Control and Prevention (CDC) issued warnings this week about the potential risks of Delta-8 — a form of the psychoactive cannabinoid tetrahydrocannabinol (THC).

After five years at the helm of the Illinois Craft Brewers Guild (ICBG), executive director Danielle D’Alessandro will depart at the end of September. Nils Weldy has been named the first executive director of the Charlotte Independent Brewers Alliance (CIBA), a nonprofit organization that advocates for breweries and cideries in and around Charlotte, North Carolina.

Portland, Oregon’s Great Notion Brewing has struck a multi-year partnership agreement with the Portland Trail Blazers that will lead to the craft brewery’s flagship Ripe IPA to be sold at the NBA franchise’s home arena, the Moda Center.

Anheuser-Busch InBev is launching Stella Artois Liberté, a non-alcoholic (NA) offering for “beer lovers who want to enjoy a beer, but who want the option to reduce their alcohol consumption.”

The ready-to-drink canned cocktail segment continued to grow over the Labor Day holiday weekend increasing its share of the liquor category from 4% to 7% year-over-year (YOY) on the e-commerce alcohol delivery platform Drizly.

Boston Beer Company (BBC) has agreed to a five-year, $3.42 million deal with Peak Processing Solutions, a licensed developer, manufacturer, and distributor of recreational and medical cannabis products in Canada.

Drizly, the Boston-based alcohol e-commerce platform, announced its expansion throughout Portland and Eugene, Oregon, Monday with the addition of 17 new partnership locations.

The volume compound annual growth rate (CAGR) for premium and above-premium vodka in the US market has steadily decreased since 2015, dropping -3.1% from 2015 to 2019, and -3.5% in 2020 alone, according to the market research firm IWSR Drinks Market Analysis.

As Louisiana begins to tackle the all-too-familiar damage of Hurricane Ida, Faubourg Brewing Co. is giving back to the community it calls home.