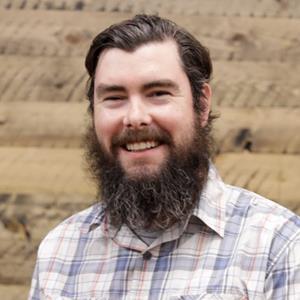 Joshua became a member of the team when his startup Brewbound Experience LLC joined forces with BevNET. Joshua edits all of the videos for BevNET, Brewbound, and NOSH.com. Joshua is a 2006 graduate of Northeastern University.

Jordan Brownwood sees a bright future in San Diego’s young but nascent hop growing industry. With more than 100 breweries already operational in town, Brownwood, who earlier this year co-founded Nopalito Farm & Hopyard near Escondido, Calif., believes that he and other small suppliers have a clear market, with some local breweries relying more and more on local suppliers.

If you ask a group of beer industry professionals for their take on the Brewers Association (BA) definition of a “craft brewer,” take cover — it’s a polarizing topic. So, at last week’s Craft Brewers Conference in Denver, Brewbound asked a number of brewers for their thoughts on the revised craft brewer definition. The latest installment in our video series is published above for your viewing pleasure.

Run your own race. That’s the advice Marty Ochs, the founder of E3 Craft Strategies and the former vice president of sales for Ninkasi Brewing, gives to craft brewers when they ask him how to measure success. Last week, Brewbound asked a number of CBC attendees how they defined success, beyond brewing a quality pint.

Brewbound’s sister site, BevNET FBU (Food and Beverage University), is expanding its coverage into craft beer. FBU is an on-demand, video-based learning tool designed for entrepreneurs and newcomers to the food and beverage industry.

You can still find bronzing grandparents, golf courses and nightclubs in Florida, but after speaking with hordes of craft brewers at the Great American Beer Festival in Denver earlier this month, it seems that the Sunshine State also offers a growing range of craft beers.

With new distribution in Northern California, a recent brewery expansion, and plans to dramatically increase production in 2013, Hangar 24 Brewery is flying fast and thinking big. The Redlands, Calif.-based brewery debuted in the San Francisco market in January, marking the largest expansion in its distribution since launching in 2008.