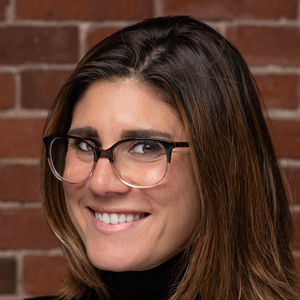 Jessica Infante is the Managing Editor of Brewbound.

The Brewers Association (BA) will require attendees of its 2022 events to provide proof of vaccination for COVID-19 and will not accept negative test results as a substitute. “All events and competitions will have this requirement,” BA marketing and communications director Ann Obenchain told Brewbound. “There will be no negative test option.”

Amid rising costs from its suppliers, Ball Corporate — the world’s largest manufacturer of aluminum cans — is exploring increasing its prices for customers “on a case by case basis,” CEO and chairman John Hayes said during the company’s third quarter earnings call with investors and analysts.

Single-serve packages — driven by 19.2 oz. cans — have begun to claw back the dollar share they lost during pandemic shutdowns, according to Bump Williams Consulting (BWC). “2021 started to show some signs of life where single-serves improved their share of category in key channels such as grocery and drug, reversing the share erosion that had become the norm, particularly in grocery,” Bump Williams wrote in a report citing NielsenIQ data.

Sonic Hard Seltzer has rolled out of its home state of Oklahoma into six new markets and is sporting a new package format. The bubbly beverage, made through a partnership between fast food giant Sonic Drive-In and Oklahoma City-headquartered COOP Ale Works, is now available in Texas, Arkansas, Kansas, Missouri, Nebraska and Arizona in two variety 12-packs of slim/sleek cans — a departure from the traditional 12 oz. cans the product debuted in.

The U.S. and European Union (EU) have struck a deal that will lift some tariffs on aluminum and steel that were enacted by former President Donald Trump.

Stone Brewing has abruptly shuttered its taproom in Napa, California, following a legal battle with its landlord over rent payments during the pandemic. “We’re incredibly disappointed to leave Napa,” Stone wrote in a statement.

Anheuser-Busch InBev’s U.S. shipments and depletions both declined -4.7% in the third quarter of 2021, the company reported today. The declines were “driven by a lower industry, segment shift and supply chain disruptions resulting in out-of-stocks,” the world’s largest beer manufacturer wrote in a press release detailing its third quarter earnings.

A Pennsylvania bill that would require beer sold at in-state taprooms that are owned by out-of-state companies to either be brewed onsite or sold through a Pennsylvania wholesaler is one step closer to becoming law.

Anchor Brewing and the city of San Francisco have partnered on a water reuse project that will allow the brewery to both save water and recycle 20 million gallons of it each year.

In an op-ed she wrote in support of paid family leave for small businesses, Switchyard Brewing Company co-founder Kristin Cummings wrote that the company has strived to “offer better benefits and a better work-life balance” to its workforce. Voting has started for the Brewers Association’s (BA) board of directors election and ends November 17.

As headwinds hit the hard seltzer segment, Boston Beer Company executives reiterated their confidence in Truly Hard Seltzer’s ability to perform during a conference call to discuss the company’s third quarter earnings with investors and analysts on Thursday evening.