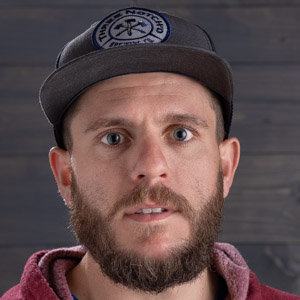 Craft Brew Alliance (CBA) has agreed to settle a years-long class action lawsuit over alleged “false and deceptive advertising” of its Kona Brewing beer brand. In an SEC filing, the publicly traded Portland, Oregon-based craft beer company said it expects to incur costs of about $4.7 million to settle the dispute, which surfaced in early 2017.

More than 300 beer industry professionals gathered at Cervantes’ Masterpiece in Denver, Colorado, earlier this month to partake in conversations around the emerging health and wellness segment within beer, as well as the importance of becoming a more diverse and inclusive industry. Videos of the evening’s two panel discussions are now available for playback on the Brewbound YouTube channel.

Former Anheuser-Busch InBev chief marketing officer Miguel Patricio has been tapped to lead The Kraft Heinz Company as its next CEO. Patricio, who will supplant outgoing Kraft Heinz CEO Bernardo Hees on July 1, 2019, spent about two decades with A-B InBev.

San Diego’s Modern Times has turned to crowdfunding in an effort to raise more than $1 million, which it says will be allocated for the continued operation of its business, “minor efficiency projects” and equipment purchases, and continued expansion. In the process of posting the equity crowd raise via the Wefunder platform, the company has provided future investors and others throughout the beer industry with a peek under the hood of one of the fastest-growing craft breweries in the U.S.

Last week, 14,000 beer industry professionals made their way to Denver, Colorado, for the annual Craft Brewers Conference, hosted by the Brewers Association (BA). During the event — which featured about 100 different seminars on topics ranging from diversity and inclusion to franchise law reform – leaders from the BA cautioned attendees about future growth prospects for the category.

Constellation Brands will shutter two Ballast Point Brewing facilities in Southern California, and back out of a plan to open a brewpub in San Francisco, Brewbound has learned. A spokeswoman with the New York-based beer, wine, and spirits company today confirmed the closure of Ballast Point Brewing’s 80,000 sq. ft. “Trade Street” sour beer and barrel-aging facility, which opened in San Diego in late 2017, as well as its Temecula, Calif.-based brewpub, which opened in 2016.

Bee Pollen. Quinoa. Pink Himalayan sea salt. You wouldn’t ordinarily expect to find these ingredients listed on a beer label, but increasingly brewing companies are pushing more “functional” offerings as they look to appeal to consumers seeking healthier alcohol options. It’s a new approach for a growing number of craft breweries, who for years have churned out calorie-dense, barrel-aged stouts, and high-octane IPAs.

Former Constellation Brands executive Marty Birkel has joined the board of directors at Cannabiniers, the cannabis company behind the Two Roots line of THC- and CBD-infused non-alcoholic craft beers. Birkel, who officially departed Constellation earlier this year, had most recently served as the president of the company’s craft and specialty division.

One month after formally establishing its pH Experiment, a growth unit tasked with developing innovative products that play on the fringes of the beer category, Craft Brew Alliance today announced the launch of a new low-proof seltzer line called Pacer.

Stone Brewing’s lofty $30 million Germany brewery experiment — aimed at converting Reinheitsgebot-abiding German drinkers into American craft beer lovers — has come to an end only a few years after it began. The San Diego-headquartered company, ranked by the Brewers Association as the ninth largest craft beer producer in the U.S., today announced the sale of its Berlin brewing facility to Scotland’s BrewDog.

A blockbuster merger between two alcohol-distributing giants that was 16 months in the making has been terminated. Republic National Distributing Company (RNDC) and Breakthru Beverage Group — the second and third largest wine and spirits wholesalers in the U.S. – today announced the cancellation of an intended merger first announced in 2017 to create a multi-state wholesale operation.

Oregon’s Ninkasi Brewing has sold a majority stake to Legacy Breweries Inc., an upstart venture led by former Yakima Chief CEO Don Bryant, that aims to acquire U.S. craft breweries. Specific financial terms of the deal, which will close at the end of April, were not disclosed.

The Alcohol and Tobacco Tax and Trade Bureau (TTB) today announced the acceptance of a record $2.5 million offer in compromise from Heineken USA Incorporated for alleged trade practice violations outlined in the Federal Alcohol Administration (FAA) Act. Heineken USA’s (HUSA) payment is the largest offer in compromise that the federal agency has ever accepted, TTB spokesman Thomas Hogue confirmed to Brewbound.