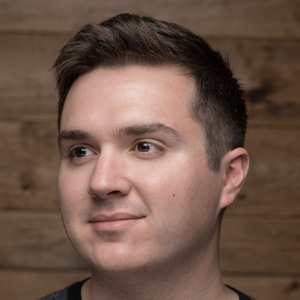 Brad is a Reporter for BevNET.com.

Canadian cannabis producer Tilray Inc. has acquired a majority stake in the debt and warrants of dispensary chain MedMen in a deal valued at $165.8 million, the company announced today.

Topo Chico Hard Seltzer, which Coke launched this year in partnership with Molson Coors Beverage Company, is now available in 17 markets worldwide with plans to be in 28 markets by the end of the year.

Ready-to-drink canned cocktail maker Ohza has closed a $4 million funding round led by CircleUp Growth Partners. The financing is expected to help the brand scale nationwide as it partners with distributors such as Southern Glazer’s Wine & Spirits and Breakthru Beverage group.

When Hoplark HopTea took the stage during BevNET Live’s New Beverage Showdown 16 in December 2018, founder and CEO Dean Eberhardt said he believed he was helping to found a new category for non-alcoholic hops-infused beverages. Three years later, the industry seems to finally be catching up.

Spindrift is going hard. The Newton, Massachusetts-based premium sparkling water brand announced today the launch of Spindrift Spiked, a hard seltzer line rolling out to stores next month. Similar to the brand’s core non-alcoholic products, the new line is made with real fruit juice and contains alcohol fermented from cane sugar with a 4% ABV.

VPX Pharmaceuticals took its legal battle against PepsiCo to a second front this week as VPX-aligned company Quash Seltzer LLC filed a lawsuit alleging the conglomerate has threatened its prospective distribution partners out of doing business.

Defying the predictions of many industry analysts, Monster Beverage Corporation offered no official confirmation of nor announcement for its rumored alcoholic hard seltzer product during its 2021 Virtual Investors Meeting on Thursday.

As VPX Pharmaceuticals seeks to end its distribution agreement with PepsiCo in court, the Florida-based maker of Bang energy drink has filed a response in opposition to the soda giant’s motion to dismiss the lawsuit.

As it continues to develop new non-alcoholic brands in a myriad of categories, the Molson Coors Beverage Company announced today that it will enter the energy space with ZOA, a new better-for-you energy drink co-founded by actor Dwayne “The Rock” Johnson.

Molson Coors Beverage Company is further solidifying its relationship with L.A. Libations by investing in Arriba, a brand of michelada mixers operated by the California-based incubator.

VPX Sports, the maker of Bang Energy, is seeking an injunction against PepsiCo to stop it from making threats to its customers and wholesale distributors, as the two companies’ dispute over a long-term distribution contract moves into the legal phase.