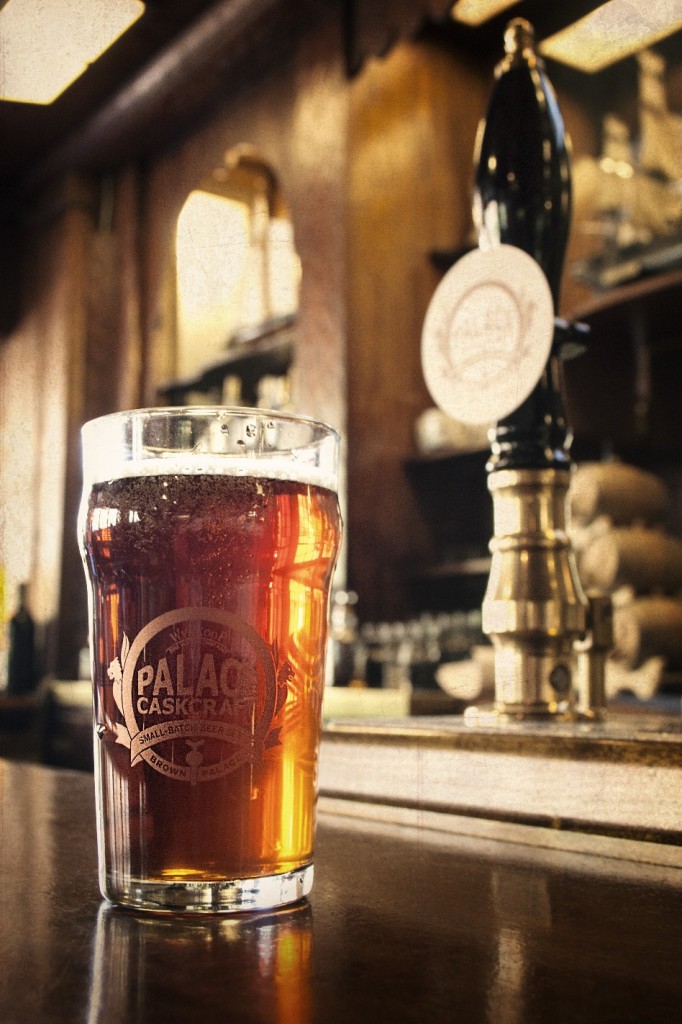 DENVER — Wynkoop Brewing Company and the Brown Palace Hotel & Spa have teamed up for a series of special cask beers for the hotel’s Ship Tavern bar.

The beers match Wynkoop’s 25 years of brewing expertise with the Brown Palace’s historic charm and ingredients from the hotel’s signature elements.

The first beer to debut in the “Palace Caskcraft” series is a customized version of Wynkoop’s London Calling IPA. Wynkoop Head Brewer Andy Brown created a version of the beer that is enhanced by an addition of lemongrass.

In addition to adding bright citrus and spice notes to the beer, lemongrass is used in many of the spa treatments at the Brown Palace.

This customized beer is joined by another favorite cask-conditioned beer from Wynkoop, St. Charles ESB. This “extra special bitter” is a British-style, gently hopped amber ale that has been served at Wynkoop for nearly 20 years.

These “live” beers are primed/carbonated with a dose of unfermented beer and live yeast. The yeast consumes sugars in that “wort” and secretes alcohol along with carbon dioxide that naturally carbonates the beer.

These beers are then served via newly installed hand pumps (also called beer engines) in the hotel’s famed Ship Tavern bar. The pumps pull beer from the kegs and then mix the beer with ambient air via a “sparkler” faucet on the beer engine’s tap.

The result is a beer with a creamy head, a softer mouthfeel, a slightly warmer temperature (around 50 degrees) and a broader range of flavors than modern-day, force-carbonated beer.

“Cask beers,” says Andy Brown, “are a historic cultural gem from the days before modern draft beer in stainless steel kegs was available. They are something I enjoy keeping alive,” Brown adds. “They take more work and care to produce, but the end result is worth it.” 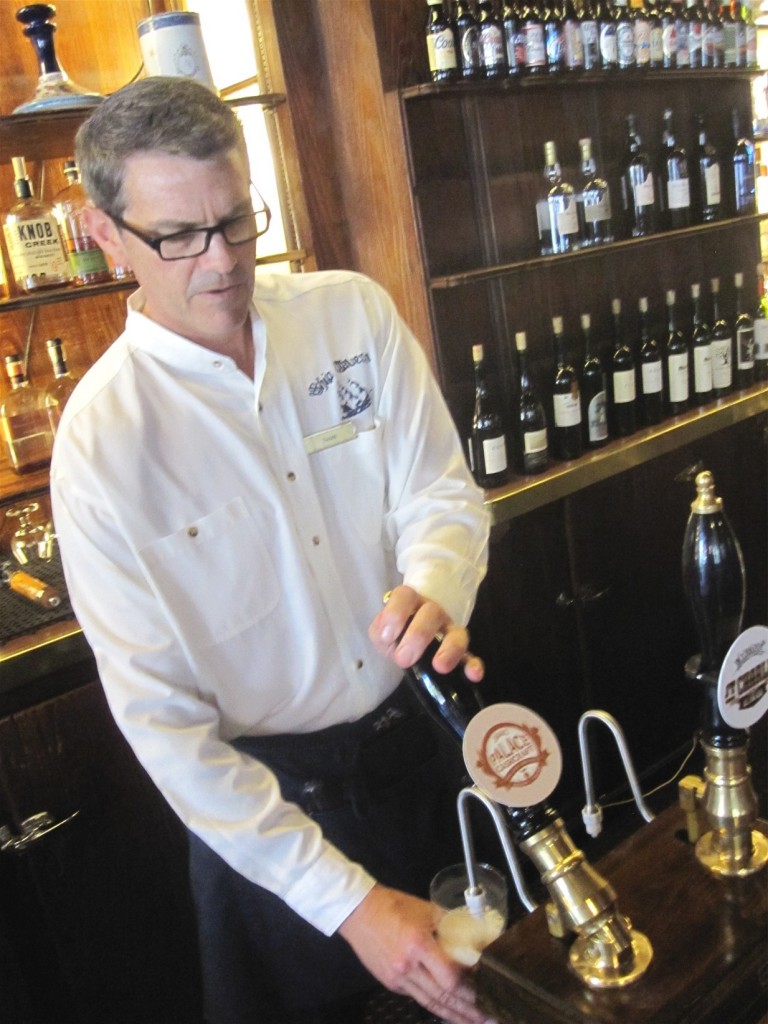 As the Palace Caskcraft series continues, the beers will include honey from the hotel’s rooftop beehives, water from The Brown Palace’s artesian well, and other ingredients with ties to the hotel.

“We had so much fun creating the Rooftop Honey Saison and the 1892 Artesian Lager with Wynkoop,” explains Mark Shine, Director of Sales and Marketing for The Brown Palace Hotel and Spa. “So we were excited to see what Marty and Andy and their team had in store for us this summer.”

“The cask beers and beer engines,” Shine adds, “are a great way for us to continue a tradition while also sharing the Denver beer experience with our guests.”

In addition to the new beer being served in Ship Tavern, The Brown Palace is also providing guests another way to indulge in Denver’s love for beer with a Signature Microbrew package. The offer includes deluxe accommodations, signature glassware and apparel and, of course, Caskcraft beers in Ship Tavern.

The tradition of cask beer dates back several centuries to when beers were carbonated naturally in wooden barrels and at a slightly warmer temperature. As the process continued to evolve, the beers were stored in stainless steel casks and served with old-fashioned hand pumps.

“Cask-conditioned beers are a perfect fit for the Brown Palace and Ship Tavern,” says Wynkoop’s Marty Jones. “This is how beer was served when the hotel opened in 1890. So they complete a beer circle of sorts in the most glamorous historic building in Denver. It’s a great match of time-tested treasures.”

Wynkoop Brewing has served cask-style beers since its opening in 1988.

The Brown Palace Hotel and Spa is a Forbes Four Star, AAA Four Diamond luxury landmark located in the heart of downtown Denver. It is a part of Marriott International’s exclusive Autograph Collection, a charter member of National Trust Historic Hotels of America and is managed by Quorum Hotels and Resorts, a full service management company headquartered in Dallas. For more info visit www.brownpalace.com.

In October Wynkoop Brewing will celebrate its 25th birthday with a week-long celebration and various beer-minded events.