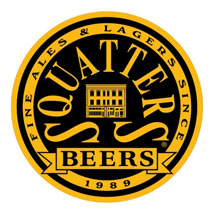 Boston, MA — Emblazoned with a label featuring a bevy of no less than seven nude wives and tagline of “Why Have Just One!” Polygamy Porter from Wasatch Beers would make even the most jaded brew enthusiast lift an eyebrow and let out a smirk. Now, imagine that beer being produced and sold in Utah. This week, Utah Brewers Cooperative tests the Puritan waters of Boston Harbor for the East Coast launch of Wasatch and Squatters Beers. The 17-time World Beer Cup champions introduce six styles to the Boston and Rhode Island markets, including Wasatch’s Polygamy Porter, Devastator, Ghostrider, Apricot Hefeweizen; and SquattersIPA and Hop Rising.

“Boston holds so many great memories for me over the years; I can hardly believe that the brewery I started in 1986 in Park City now sells our beers here,” says Greg Schirf, founder of Wasatch Beers. “I hope my college friends who live in Boston drink their fair share, or even a little more. I am talking about you, Dunfey.”

This week, in conjunction with American Craft Beer Week (May 13-19, 2013), the following styles will be available in bottled and draft forms in package stores, bars, and restaurants throughout Massachusetts and Rhode Island.

A Gold and Silver Medal World Beer Cup winner, this dark, medium-bodied ale has inviting chocolate and malt flavors that fade into a slightly dry, silky-smooth finish for the drinkability of a much lighter beer. DRAFT magazine rating: 94

Brewed in the double bock style, this dark amber lager has a rich malty body and a creamy white head. The strong bready aroma, tied in with a hint of caramel, makes this beer deceptively smooth and delicious.

A twist on a traditional American IPA, this brew uses super pale malted barley and wheat to keep the color very light (almost white — like a ghost). It is drinkable and refreshing with a huge citrus note and a touch of coriander.

Strong and complex, this double IPA uses three different malts to create enough flavor to perfectly balance three different varieties of hops. It’s then dry-hopped (because, why not?), resulting in two pounds of hops per barrel. Naturally, the hop farmer on the beer’s label is Squatters award-winning brewmaster Jason Stock.

This classic American IPA has a golden copper color and an intense hop aroma that is finished with a distinct crisp bitterness. After 16 years of brewing, this beer has achieved perfection, being recognized with a World Beer Cup Gold Medal, and four Great American Beer Festival medals. DRAFT magazine rating: 95

“On the heels of CNN naming Boston the #4 Best Beer Town in the United States just last week, Boston is the brilliant choice for the East Coast launch of our award-winning beers,” says Squatters founder Peter Cole. “From one brew town to another, here’s an ecstatic ‘CHEERS!’”