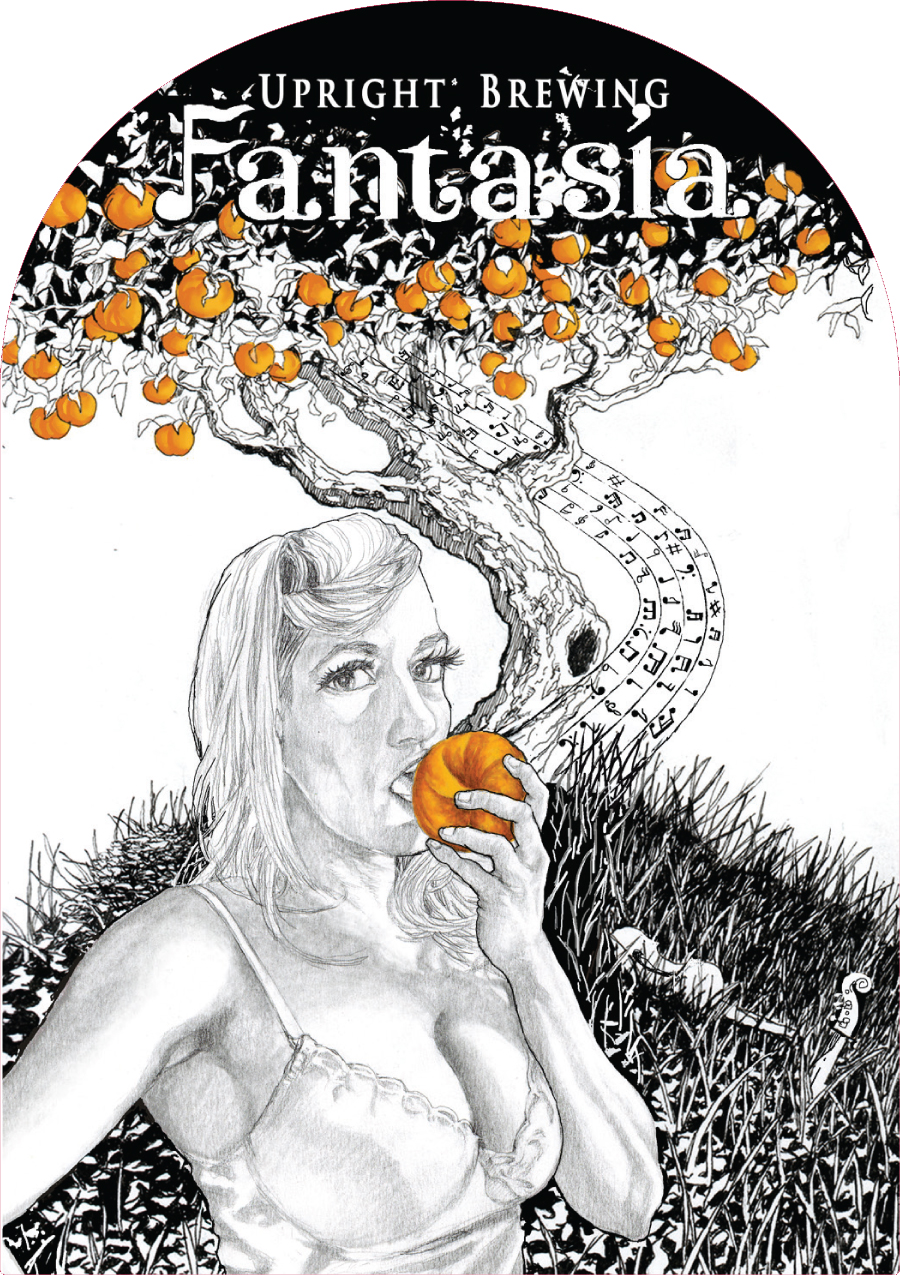 PORTLAND, Ore. — The second batch of Fantasia has been resting in the brewery cellar since October and will be available in the tasting room January 18th. The beer is a barrel fermented blend of six oak casks (down from 8 barrels in 2012) that used a different variety of peaches than the first vintage, sourced from our friends at Baird Family Orchards.With an otherwise similar recipe employing warm aged hops and multiple yeasts and bacteria, the 2013 Fantasia finished with more saison qualities than 2012, and should prove to be a solid beer to continue cellaring for at least two additional years. A limited amount of draft Fantasia will be on tap the weekend of the release at the tasting room. Like last year bottles are $20 each, cases at $225 (limit one). Only 20 or so cases will go out for distribution through Point Blank in Oregon only.

About Upright Brewing
Upright Brewing specializes in farmhouse inspired beers rooted in France and Belgium but made with local ingredients and a Pacific Northwest twist, while also dabbling in both classic and quirky projects from around the world. The name is a reference to Charles Mingus and his primary instrument. Mingus was a musician whose compositions defy categorization. At Upright the recipes and processes are decidedly unbound, making for a true hybrid style that shares Mingus’ spirit of exercising creativity and craft.