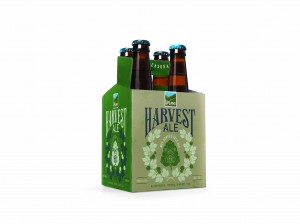 Bloomington, IN – Upland Brewing Co. announced today that Harvest Ale will be available on draught and in 4-packs starting in early October. Harvest Ale is an American Pale Ale by design, but an even more vibrant rendition by loading up our hopback with freshly harvested Citra hops.ÔÇ¿ÔÇ¿

Beer Description : An American Pale Ale by design with a hop back of freshly harvested Citra hops. Expect huge wafts of tropical fruit notes, balanced by a moderate bitterness and light tasted malt character. A showcase for one of our favorite ingredients and a delight for all the hopheads.