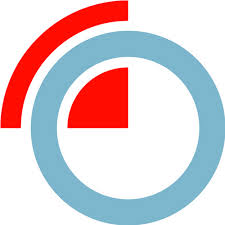 With sustained controversy at the London Metal Exchange (LME) posing potentially long-term negative implications for the American brewing industry, among others, the U.S. House of Representatives will vote on a bill today that, if passed, will ensure the U.S. Commodity Futures Trading Commission (CFTC) reviews the nation’s metal warehousing practices more critically.

Though the CFTC is in charge of regulating the LME’s stateside business, the world’s center for the trading of industrial metals has been largely exempt from the CFTC’s rules since 2001, according to Reuters. The lack of LME oversight has led to allegations of “manipulation of metal storage,” resulting in excessive material stockpiling by bank-owned warehouses, which in turn has inflated the prices for aluminum.

Last year, a number of metals warehousing firms, as well as investment banks Goldman Sachs and JPMorgan Chase were subpoenaed by the CFTC for allegedly moving large quantities of aluminum between storage facilities in a plot intended to keep prices high.

A number of brewers who use aluminum for beer cans, as well as companies representing a host of other industries with metal needs, filed complaints, claiming more oversight was necessary to provide market certainty.

To address those concerns, The Customer Protection and End-User Relief Act of 2014 will “determine whether there are problems that need to be addressed,” said U.S. Rep. Bob Goodlatte (R-VA 6th District) in a statement sent to Brewbound this afternoon.

The 75-page bill addresses concerns over how the CFTC regulates futures and option markets. Originally written to provide all “end users with market certainty,” the bill has been amended to include Goodlatte’s request for a study on how the CFTC oversees foreign and domestic metals markets.

“I have heard several concerns regarding the functionality of the market from end-users who utilize the London Metal Exchange,” Goodlatte, the chair of the House Judiciary Committee, told Brewbound. “[The bill], which is being considered in the House, will ask the CFTC to study this issue further.”

Christopher Thorne, vice president of communications with the Beer Institute, a Washington D.C.-based trade association, took to Twitter this morning to say Goodlatte’s amendment could fix the “broken aluminum market,” and serve as a “big step forward for brewers who [can beer.]”

“It’s actually a requirement for the CFTC to issue a report on overseas metals markets—meaning greater transparency in an exchange where there’s little transparency now,” Thorne wrote in an e-mail to Brewbound.

In 2012, the Beer Institute sent a letter to the LME calling for “greater transparency” and changes to warehousing policies. At the time, Thorne told The Wall Street Journal that supply disruptions were “basically preventing brewers and suppliers from obtaining aluminum in a reasonable time frame or at fair market prices.”

A spokeswoman for Rep. Goodlatte said a vote in the House is anticipated for this afternoon. GovTrack, a non-partisan legislative tracking website, pegs the bill’s chance of making its way to President Barack Obama’s office for passage at 10 percent.