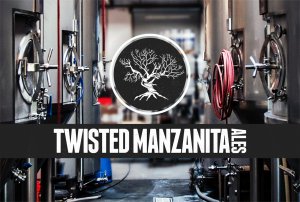 As the second new state for Twisted Manzanita Ales, Pennsylvania is an important step toward the ultimate goal of expanding the distribution footprint throughout the East Coast. Distribution in Philadelphia, Pennsylvania will be launched through Penn Distributing.

“We are excited to join forces with Penn Distributing! With their shared commitment to innovation and to the craft community, we felt Penn was the right fit for us in this area”, stated Jeff Trevaskis, Owner and Founder of Twisted Manzanita Ales & Spirits.

With product already in Penn Distributing’s hands, it will only be a short time before Philadelphia will be sipping on Twisted Manzanita Ales. A thought especially appealing to owner Jeff Trevaskis, as a Pennsylvania native, “The thought of drinking a pint of Twisted Manzanita Beer in some of my favorite bars back ‘home’, will certainly be a great feeling”.