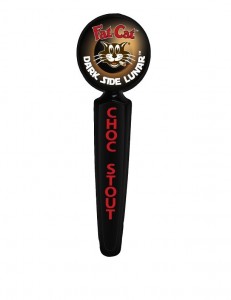 San Diego, Calif. — The Fat Cat Beer Company, makers of “sessionable,” handcrafted beer, recently announced an addition to their repertoire of great tasting session beer styles with the launch of its Dark Side Lunar™ Stout.

Dark Side Lunar™ Stout contains 5.5 percent ABV and is made with a combination of 2 Row Malt, Black Barley, two types of Hops and topped off with 100% cacao; it is a limited release offering, available in draft only through March 2015.  Be sure to check out the food pairings featured at www.fatcatbeers.com.

The Fat Cat Beer Company, LLC is known for providing iconically packaged, handcrafted session beers that are complex in nature but smooth in taste. Fat Cat beers are brewed under its proprietary statements of process and tested for quality assurance. Its Vienna Lager was the first craft beer in a can when it debuted in 1995. The beers are currently available in five markets, including Georgia, Florida, Virginia, District of Columbia and California. To learn more, visit http://www.fatcatbeers.com.