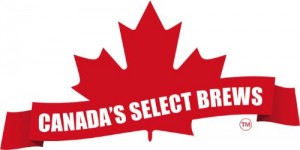 The following states and distributors will sell the beers from Canada‘s Select BrewsÔäó portfolio. These Canadian craft beers and ales are shipping to these new markets now through the end of December to prepare for official January market launches with distributor sales staff.

The Canada’s Select BrewsÔäó family of craft beers, ales and ciders will be offered to retailers and restaurateurs as a package of high quality, hand crafted, and unique products from Canada that will add depth and quality to the craft beer category. These beers are not only award winning they are also brewed in Canadian locales that are natural and pristine. Their underlying stories and high quality provide excellent market appeal in the USA import craft beer market.

2X4 is in contract negotiations with one more additional BC brewery and six more breweries from the Ontario and New Brunswick provinces. Signing announcements for new member breweries to the portfolio will be made in the coming weeks.

According to Fore, the goal of Canada‘s Select BrewsÔäó is to promote and create Canada’s finest craft beers to the US market and introduce a new “Import Craft Category” that emulates and exceeds the artistry of craft beers made in North America.

The distributor partners listed above are eager and excited to begin the distribution of the beers as they have found the beers to be excellent quality and competitive in price due to logistic preparations handled by 2X4. These new states will add to the statewide California distribution signed last month with Young’s Market Company. Additional distributor agreements in review for Arizona, Florida and New York will be finalized and announced by the end of January 2014.

2X4 is reaching out to the Ex-Pat Canadian community through social media and the Canadian Trade Organizations across the US market and creating demand ahead of the release of the beers.