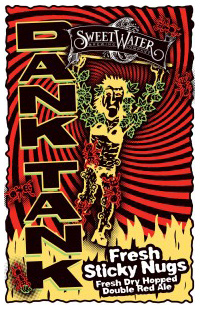 Looking to drain the main vein on a 420 mile road trip, el Danko casually slipped into the dankest Nugget hop field known to man. Stupefied by the pungent aromas, his eyes rolled back as he fell into a sea of sticky buds.

He said one last Hail Mary as the ants began to chew on him and the vines. With one final gasp, he jerked free and hauled balls out of the field with biting ants and sticky hops covering his pruned body. Desperately in search of ant bite relief he belly flopped in the 1st oasis he saw, which was a fermenter at SweetWater. Fuddied up, el Danko’s teabag plunge turned this brew into a double red from the bleeding ant bites, and dry hopped this bad boy from the fresh Nugget hops that were stuck to his pitiful self.