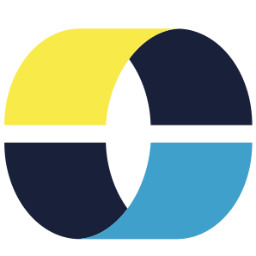 If Survey Analytics’ study on “the secret life of the American beer buyer” is to be believed, the average beer drinker spends almost 3 percent of their yearly income on suds.

The survey, which polled “more than 300 respondents in 42 states,” found that consumers spend about $1,270 a year on beer.

According to the Bureau of Labor Statistics, the annual mean wage for the American worker is $45,790.

“Twenty-two percent of consumers buy and drink beer two to three times a week while 20 percent imbibe just once a week and 9 percent pop open a bottle more than 5 times per week,” according to a press release.

An additional 14 percent of respondents said they had brewed their own beer at home with 68 percent saying they are interested in taking craft brewing lessons.

“Consumers don’t want to buy just any beer off the shelf — they want to invest time in creating their own brew or in learning about small microbreweries,” the statement added.

Additionally, the self-proclaimed “King of Beers” was awarded the crown of divisiveness, as 51 percent of respondents named it their favorite brand, while 46 percent called it their least favorite.

Women accounted for 56 percent of the respondents, which is noteworthy because a 2013 Gallup poll found only 29 percent of women preferred beer to wine or liquor while 64 percent of men favored it.

The full press release is below:

SEATTLE — Survey Analytics conducted an online consumer survey to capture sentiment on beer preference and purchasing habits. As America gears up for Super Bowl XLVIII, data shows which beer brands will be flying off the shelves, how much money the average American is expected to spend and who’s really brewing in their garage.

Average consumer spends more than $1,200 a year on beer

Every year consumers shell out an average of $1,270 on beer. The highest reported amount was $10,000 while the lowest was just $100. Twenty-two percent of consumers buy and drink beer two to three times a week while 20 percent imbibe just once a week and 9 percent pop open a bottle more than five times per week.

Budweiser is a polarizing brand

The King of Beers managed to top the charts in both the best and worst brands of beer. Fifty-one percent of people rated it as their favorite while 46 percent named it their least favorite. The other brands that rounded out the best list: Coors (13 percent), Corona (12 percent) and Stella (10 percent). As for taste preferences, 33 percent of consumers prefer the taste of ale and 24 percent would rather have a lager.

Only 5 percent of consumers use price to determine favorite breweries

Surprisingly, a very small percentage used cost as the deciding factor for what beer they love most. What did they base their favorite brand on? Who has the best ads (32 percent), where the beer is brewed (29 percent) and what style of beer the brand makes (22 percent).

Consumers don’t want to buy just any beer off the shelf — they want to invest time in creating their own brew or in learning about small microbreweries. Fourteen percent of people surveyed had brewed their own beer at home and enjoyed it while 68 percent are interested in taking craft brewing lessons from their favorite craft brands such as Dogfish Head and Breckenridge Brewery. What state shines as the best at brewing craft beer? Nineteen percent say California.

The Craft Beer Survey represents data from more than 300 respondents in 42 states including beer-lovers in California, Florida,Ohio, New York and Texas. Consumers took the survey online via desktops/laptops (50 percent), smartphones (47 percent) and tablets (3 percent). The majority of respondents were female, making up 56 percent of the total respondent population.

Survey Analytics is an enterprise grade research platform that provides companies with feedback in over 30 industries. With powerful cloud enabled tools, Survey Analytics can deliver feedback on consumers, prospects, customers, sponsors and employees in real time and on a global scale. We specialize in the kind of “listening systems” that are geared toward rapid deployment and cross-compatibility across all channels including web, email, social media, and mobile. Some customers include companies like Zynga, Motorola, McGraw Hill, CareerBuilder and Agencies of the US Federal Government including the FCC, USPS and the GSA. For more details, please visit www.surveyanalytics.com.