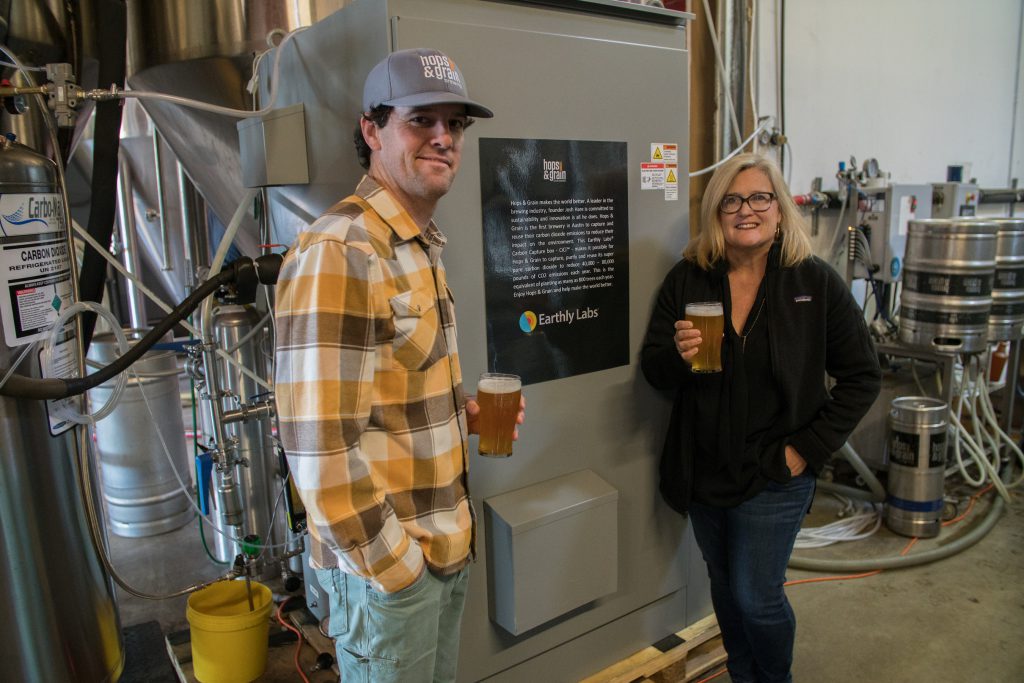 Founded by veteran impact entrepreneur Amy George, Earthly Labs knew there were decades of carbon capture innovation that could be unlocked and used by small businesses and individuals. In October2018, leading scientists with the Intergovernmental Panel on Climate Change (IPCC) challenged the global community to avoid 40 billion metric tons of carbon dioxide emissions by 2030 in order to avert catastrophic climate change. Nearly half of greenhouse gas emissions come from small sources in our businesses, buildings and homes, representing an untapped opportunity for impact.

“Earthly Labs was built on the philosophy that people will protect the planet if given the right tools,” said Amy George, founder and CEO, Earthly Labs. “Our goal is to capture one billion metric tons of CO2as fast as possible. We believe that many of us working together in small ecosystems to do what we can- right now – is the success formula to fighting climate change. It is not someone else’s problem to solve. It is ours.”

The craft brewing industry represents one small scale opportunity with nearly twenty thousand emission sources representing a half a billion metric tons or more annually. CO2 is one of the five key ingredients in beer making, along with hops, malt, yeast and water. Brewers also use CO2 to carbonate and package their beer, commonly purchasing it from a third-party provider, which creates a closed loop recycling opportunity. Prior to the availability of Earthly Labs CiCi™ technology, this capability was only available for large scale breweries. Now craft brewers can reduce CO2 purchases, avert CO2 shortages and price spikes, and gain access to a purer beverage-grade CO2 that emulates the natural beer making process.As craft brewers face growing competition, this technology gives small breweries a way to improve margin and drive consumer demand.

“At Hops & Grain we are committed to environmental stewardship, community involvement and industry leadership,” said Josh Hare, founder & president, Hops & Grain Brewing in Austin, Texas andChairman of the Board of the Texas Craft Brewers Guild. “By implementing Earthly Lab’s CiCi carbon capture technology we advance all of our goals. And we’re not just backing clean tech that reduces ourCO2 emissions and costs, but we are also making better beer and that makes our customers happy.”

On Saturday, November 17, Earthly Labs and Hops & Grain are hosting a joint launch party where consumers can enjoy a complimentary tasting of beer and water made with Earthly Labs CO2. The event is from 3 – 6 p.m. CT at 507 Calles Street in Austin, Texas. Guests will have an opportunity to assess and reduce their carbon footprint, take Earthly technology tours, join the green beer fan club and enjoy beer powered by Earthly Labs recovered CO2.

Earthly Labs believes climate change is solvable and that individuals will take action to solve it, given the right tools. The company’s mission is to capture one billion metric tons of carbon dioxide of the 40B global goal. The carbon capture technology allows for energy-efficient capture, purification and reuse of carbon dioxide from small-scale sources. Earthly Labs includes patent-pending small footprint capture hardware box, process control and monitoring software, and maintenance services. CiCi, is the first-generation platform available for the brewing segment. Earthly Labs is a Public Benefit Corporation committed to using business as a force for good. To find out more, visit earthlylabs.com.

Founded in 2011 in Austin, Texas Hops & Grain Brewing is dedicated to making its community better and greener through partnerships with non-profits, backing of local entrepreneurs and reducing waste like energy and spent grain. A leader in the industry, Josh Hare serves as Chairman of the Board of the TexasCraft Brewers Guild which has advocated to improve growth, sustainability and beer quality for Texas’s nearly 300 craft brewers. Hops & Grain is a fearless pioneer, one of the first craft breweries in Austin, the first Austin brewery to join 1% for the Planet, and the first to deploy EKOS software. As the first to deploy Earthly Labs CiCi solution, Hops & Grain expects to reduce CO2 costs by over 50 percent and avoid more than 500,000 lbs. of CO2 emissions over 10 years. They estimate this to be the equivalent of planting up to 800 trees a year. To find out more, visit hopsandgrain.com.