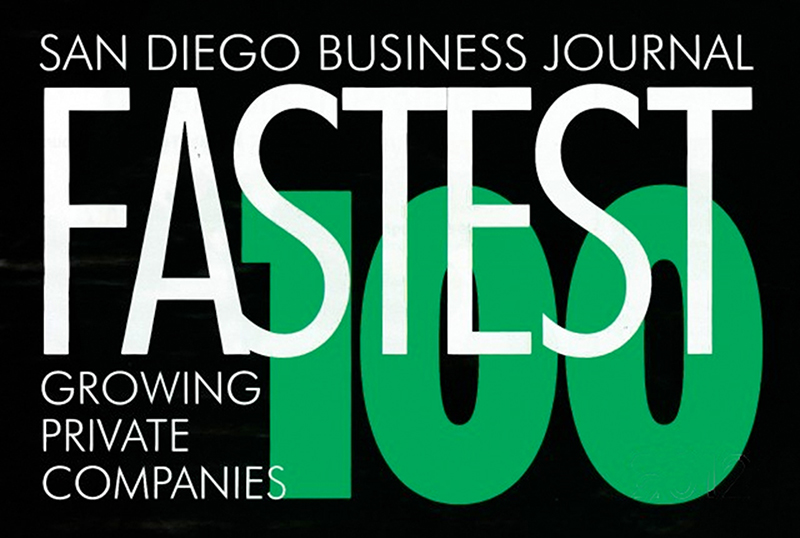 ESCONDIDO, Calif. — On July 11, in a ceremony hosted by the San Diego Business Journal, Stone Brewing Co. was named one of “San Diego’s 100 Fastest-Growing Private Companies” yet again.

This year’s inclusion marked a significant and unique milestone for Stone. The craft brewing company has been on the publication’s 100 Fastest-Growing Private Companies list 10 years in a row.Stone is only company to have ever achieved this distinction during that span. Stone CEO and Co-founder Greg Koch, President and Co-founder Steve Wagner, and CFO Craig Spitz were in attendance to receive the acknowledgement.

According to the San Diego Business Journal, the annual recognition program, printed supplement and event feature the region’s fastest growing companies based on revenue growth from 2010 to 2012. To qualify for the list this year, companies must have been headquartered in San Diego County, privately owned and have reported at least $200,000 in revenue in 2010.

“It’s an honor to be named by the San Diego Business Journal as one of the fastest-growing private companies list 10 years in a row,” said Koch. “We’ve been fortunate to see double-digit production growth since our inception without ever advertising our beer, discounting or compromising our standards. Our ability to continue our company’s growth is the result of reckless innovation, our fans’ rabid enthusiasm, the efforts of our amazing, hard-working team, and our cantankerously independent go-our-own-way philosophies. Thanks to the San Diego Business Journal for recognizing our efforts. We look forward to making the list next year!”

Since opening its doors 17 years ago, Stone has been busy expanding production and its offerings. Stone anticipates beer production to increase to 210,000 barrels in 2013, a 20 percent increase over 2012. The company has already hired more than 130 employees this year alone, as well as more than 250 employees at the newly opened Stone Brewing World Bistro & Gardens — Liberty Station.

Other significant Stone milestones in 2013 include: