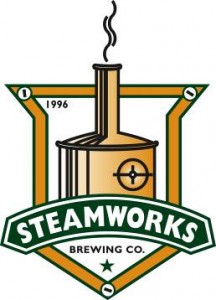 DURANGO, Colo. – As a special feature during ski season, Steamworks Brewing Co. has partnered with Purgatory at Durango Mountain Resort to expand Firkin Friday, the specialty beer event that features the tapping of a unique, limited edition craft brew each month.

“We will host dual Firkin Fridays through ski season,” said Steamworks Brew Master and Certified Cicerone® Ken Martin. “You can taste the special firkin first at DMR on the fourth Friday of each month, then enjoy it at the brewpub on the first Friday at the ‘official’ Firkin Friday.”

With the December-January Firkin, Peppermint Stout, Steamworks’ brewdogs began with a base of the award-winning Backside Stout, one of the brewpub’s original beers and named in honor of the back side ski runs of Purgatory at Durango Mountain Resort.

“The ABV (alcohol by volume) of the Backside Stout is a robust 6.4,” added Martin, “so if you’re thinking Peppermint Bark, this could be considered adult candy.”

In the United Kingdom, firkins, or cask-conditioned beer, are known as ‘real ale.’ Authentic cask ale must be kept at “cellar temperature” – about 54 degrees – as it’s conditioned in its cask, and Steamworks’ basement provides the perfect “mock cellar.”

In cask conditioning, the yeast transforms the sugar into alcohol within the cask, and the natural carbonation results from the trapped carbon dioxide occurring as a byproduct. Firkin beer is unpasteurized and unfiltered and served at cellar temperature – cool but not cold.