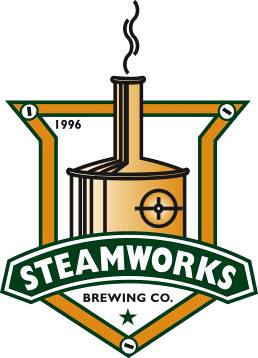 DURANGO, Colo. — A new twist on a chili beer, “Flaming Willie,” will be tapped Friday, Feb. 7, 2014, at Steamworks Brewing Co.’s monthly showcase of unique hand-crafted beers, Firkin Friday. The firkin will be tapped at 3 p.m.

With a base of Steamworks’ McDammit’s Wee Heavy Scotch Ale, full-bodied with a pronounced malty caramel and roasted malt flavor, the “Flaming Willie” is kicked up a notch with a variety of chili peppers incorporated into the fermentation, according to Steamworks Brew Master and Certified Cicerone┬« Ken Martin.

“To the McDammit’s we added ancho, guarillo (dried red chili peppers), habanero, poblano and New Mexico’s famous Hatch green chili peppers,” said Martin. “This cask ale will be both sweet and spicy with flavors of the chili blend and a rich roasted toffee goodness.”

“In the United Kingdom cask-conditioned beer, which we call a firkin, is known as ‘real ale,’” noted SteamworksBrewer and Certified Cicerone┬« Spencer Roper. “Cask conditioned ale is considered by many to be the genuine article: real beer for real people who appreciate quality, character and distinction — and the Flaming Willie is all about that.”

With the cask conditioning, the yeast transforms the sugar into alcohol within the cask, and the natural carbonation results from the trapped carbon dioxide occurring as a byproduct. The beer’s flavors and characters develop within the cask. Firkin beer is unpasteurized and unfiltered and served at cellar temperature – cool but not cold.