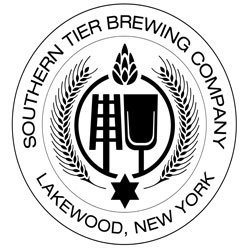 Southern Tier Brewing, a fast-growing top-50 craft brewery based in upstate New York, today announced it has sold a percentage of its business to Ulysses Management LLC, an investment firm with offices in New York City.

Specific terms of the deal were not disclosed, but Southern Tier co-founder Phineas DeMink told Brewbound that he would retain a financial interest in the company and remain in a leadership role.

Founded in 2003 by Phineas DeMink and his wife Sara, who together owned 100 percent of the company at the time of the sale, Southern Tier has grown to become one of the largest craft brewers in the U.S. The company produced more than 84,000 barrels in 2013, is currently growing at a double-digit pace and will produce more than 100,000 barrels in 2014, DeMink said.

In 2009, Southern Tier broke ground on a new brewing facility and has since undergone a series of expansions, which have increased annual brewing capacity to more than 200,000 barrels. But in order to achieve its “long-term goals,” DeMink said Southern Tier needed a strong financial partner.

“We started thinking about what was best long-term for the brewery and what the best outcome would be,” he told Brewbound. “We have some very aggressive growth plans. Everyone sees how the marketplace is changing, and I think it is going to take a clear message and a vision to establish the relationships and structure we need to continue growing in this ever-competitive marketplace.”

That’s where Ulysses comes in.

“They like what they are seeing with craft and understand the way the whole industry is starting to evolve,” he said.

While the capital infusion will no doubt enable Southern Tier to hire additional sales representatives and executives, much of the focus, going forward, will be on improving wholesaler relations, DeMink said.

“I think in 2015, our wholesale and retail partners will see a deeper level of commitment from us,” he said. “We are really trying to strengthen relationships with wholesalers, invest in them and get them more resources.” 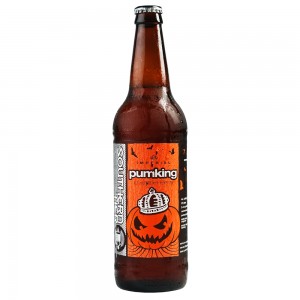 That means digging deeper in their current markets and “exploring distribution channels that are in their infancy,” said DeMink.

“There are many years of robust growth out there and we plan to go after it,” he told Brewbound.

In addition to selling partial ownership, Southern Tier — which has become known for its wildly popular Pumking seasonal offering — has also hired former Pabst Brewing Company president and COO, John Coleman, as its new CEO. Prior to joining Pabst, Coleman spent more than 22 years as a vice president of sales with Anheuser-Busch InBev.

“I’m excited to have John as a member of the Southern Tier team because I think the brewery has an amazing opportunity and I want to make sure we seize it,” DeMink said in a press statement. “We’ll do well over 100,000 barrels this year with growth in excess of 40 percent, but that’s really just scratching the surface when you consider the bigger picture.”

The decision to hire Coleman was not a result of Ulysees’ investment in Southern Tier, DeMink said, but the firm was “helpful in determining the right candidate.”

First Beverage Group acted as advisor to Southern Tier Brewing in this transaction.