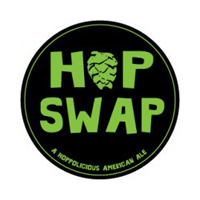 Gorham, ME – On Friday June 21, 2013, Sebago Brewing Company releases the highly anticipated 2013 version of their hoppolicious Single Batch Series Brew,Hop Swap. Hop Swap is named for a process. During the deliberate and annually experimental brewing process, Sebago swaps out the hops featured in this American Ale, providing a uniquely hoppy experience each year.

The 2013 Hop Swap boasts Cascade, Simcoe, Amarillo and Falconer’s Flight hops. A hoppolicious American Ale with light body and hoppy dryness, the pine and citrus notes of Cascade and Amarillo hops blend perfectly with grapefruit & tropical fruit aromas from Simcoe and Falconer’s Flight. This draft-only, single batch offering forces hop-heads to enjoy it now when the character is at its best.

Hop Swap can be enjoyed on draft at Sebago Brewing Company’s four brewpubs in Portland, Kennebunk, Gorham and Scarborough as well as at various craft beer bars and restaurants throughout New England. 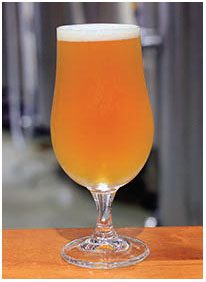