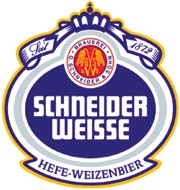 Originally brewed to celebrate the 25th anniversary of Holland’s pioneering alliance of ABT craft beer cafes, Schneider-Weisse TAP X: Nelson Sauvin marks a series of firsts for Germany’s longest-running wheat brewery. Rich and golden with floral and fruit overtones, this bottle fermented weizenbock not only represents the inaugural release in Schneider’s experimental Tap X series, but it is also the first Schneider beer to be brewed with a Belgian yeast strain since the brewery’s inception in 1872. Taken together, this marks yet another progressive step forward for brewmaster Hans-Peter Drexler as he continues to push the limits of what German beer can be.

As the name suggests, Nelson Sauvin hops from New Zealand lend a fruity and floral aroma to the beer, evoking impressions of citrus, melon, gooseberry and freshly mowed grass. A spicy and delicate malt sweetness balances the flavor, while subtle tart notes round out the beer thanks to brewmaster Hans-Peter Drexler’s use of open-tank fermentation.

Schneider-Weisse TAP X: Nelson Sauvin is currently available in limited quantities on the East Coast and will see distribution in California this January through Manneken-Brussel Imports.

To hear Schneider brewmaster Hans-Peter Drexler speak about the inspiration for this beer, experimentation and the state of the German beer market, please view our interview.