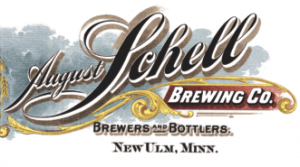 Schell’s Bock, a winter seasonal brew released during the months of January and February, contains a harmonious blend of 10 different types of malts and hops. Sporting a deep copper color, robust malt character and 6.5% ABV, Schell’s Bock is perfect for warming the hands, feet and soul on even the coldest of winter days.

Schell’s Bock received a 90 point rating from a panelist of judges from the Chicago-based Beverage Testing Institute, earning a gold medal and placing it in the “Exceptional” category. Judges described the beer as having “deep copper color. Aromas of citrus and stone fruit marmalades on raisin rye bread with a supple, fruity-yet-dry medium-to-full body and a tangy, peppery snap on the finish. A little on the fruity side, but quite tasty and balanced.”

Beer lovers look forward to the annual Bock Fest that takes place at Schell’s Brewery every March to welcome spring German-style. Since 1987, flocks of Schell’s drinkers make the pilgrimage to the brewery to sing, dance and drink the day away in the country’s longest running Bock Fest. This year, despite frigid highs of only -2, more than 4,800 festers made their way to the brewery to let Mother Nature know that she can’t keep a Schell’s drinker from having a good time.

August Schell Brewing Company (Schell’s) specializes in craft beer and boasts a proud heritage of 154 years of continuous family ownership. Schell’s is the second oldest family-owned brewery in the United States, founded in 1860 in New Ulm, MN. It became the oldest and largest brewery in Minnesota when the company acquired Grain Belt Beer in 2002. From traditional German brews to innovative spins, the Schell’s brewing process begins and ends with German Craft beer. For more information, go to www.schellsbrewery.com.