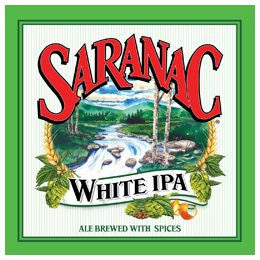 UTICA, N.Y. — According to the Brewers Association, 60 percent of beer drinkers consume craft beer, and among their favorites Belgian style beers and India Pale Ales (IPA) are driving the growth. To address this trend, the F.X. Matt Brewing Co. is leading the way, creating a hybrid of the two called Saranac White IPA, which has been in development for the past year.

Saranac White IPA is an innovative twist of Belgian White and IPA that uses Citra hops to combine unique flavors of both. The Belgian White’s orange peel, coriander notes and softening characters of wheat malt and oats are paired with the complex citrus tones and dry hops of a traditional IPA. Having brewed successful Pale Ales and IPAs for decades, Saranac is now exploring innovative flavors, like its newest creation.

Hybrid beers are complex and do not fit neatly into traditional beer styles. Rather than simply blending two flavors, Saranac brewmasters have studied the Belgian White and IPA styles extensively, selecting certain aspects of each to be paired together, ultimately resulting in the new White IPA hybrid.

“Beer is our craft, and for more than 100 years we have remained dedicated to producing high-quality distinctive beers that are enjoyed by all types of beer drinkers — not just craft beer enthusiasts. We are very proud of our new White IPA and believe it will appeal to a mass audience,” said Fred Matt, president of F.X. Matt Brewing Co. and fourth generation member of the Matt family.

Each of the Saranac White IPA ingredients are individually selected and tested by a highly trained taste team. The new style shows a rich copper tone and is cloudy in color. Both the hops and citrus peels are hand-selected by Saranac’s brewmasters in order to maintain the quality demanded by craft beer drinkers. The California-grown oranges from which the peels are used were chosen based on extensive sampling, steeping various orange peels in tea before selecting the Seville variety and adding it to the formula. The Saranac White IPA exudes a citrus overtone and aroma, leaving behind the bitter remnants typical of a traditional IPA. The Saranac White IPA pairs well with full-flavored, spicy foods like pork and bleu cheese.

“We pride ourselves on sourcing unique and flavorful ingredients for our beer,” said Rich Michaels, Saranac’s product development manager. “The White IPA is reflective of Saranac’s strong tradition and quality, as well as our commitment to producing innovative beers that are distinctive and drinkable.

According to Symphony IRI, a market research organization, IPA is one of the fastest-growing craft beer styles, having increased in sales 44.9 percent in 2011, and it is expected to become the most popular style area for craft beer. Additionally, Symphony IRI lists Belgian Ales up 72.4 percent over the past year. Experts at “Beer Advocate” have also noted that the term “Belgian” is becoming more associated with an American beer style than the country itself. They also predict White IPA to become the next IPA trend.

A limited release of Saranac White IPA is now available and additional distribution is expected this month. It is available in the Saranac What Ales You? TM variety pack, as well as six-packs, 12-packs and on draft.