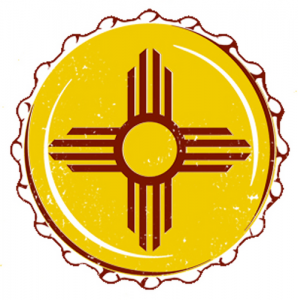 Santa Fe, New Mexico — Beginning on December 12, 2014 The Santa Fe Brewing Company will release a new beer, every day, for the 12 days leading up to Christmas. This series, appropriately dubbed The Twelve Beers of Christmas, will showcase unique holiday-inspired brews created by employees, homebrewers, friends, and family. In the series’ 4th consecutive year, a new beer will be tapped at 5 P.M. sharp (weekdays) and 2 P.M. (weekends) the 12th to the 23rd at both SFBC locations. Be sure to check out popular beers such as; The Biscochito Stout, Saffron Tripel, and the Catz Pajamaz Chai Porter. This project was developed as a part of the Santa Fe Brewing Co’s famous Small Batch Saturday program.

Every Saturday the folks at SFBC open their bay doors to both experienced and novice homebrewers in order to share the fine art of brewing craft beer. The program is available to anyone over 21 years of age and is completely free to the guest brewer(s). We use our own high quality ingredients, artisanal well water, and a ten-gallon small batch system made from half-barrel kegs.

The Small Batch Saturday Program was developed to give both the assistant brewers and the local homebrewing community an opportunity to be creative at the brewery. Many of us at the Santa Fe Brewing Co. started out as amateur beer lovers brewing myriad concoctions at home. In fact the creativity, and closeness with your brew, that small batch offers is still something that many of us treasure. This shared passion has led us to forge a strong relationship with our local homebrew club, the Sangre de Cristo Craft Brewers, and to continue brewing small batches weekly.