Nearly 10 percent of all beer produced by Brewers Association-defined craft brewers was sold directly to consumers last year, up more than 7 percent versus 2015.

“What’s the difference between a taproom and another restaurant?” asked Gregory Howard, the director of beverage strategy for Yard House.

Howard said he viewed individual brewery taprooms as “just another competitor,” noting, however, that breweries should maintain price integrity and shy away from building dozens of branded satellite outposts across the country.

To illustrate the delicate balance on-premise retailers must strike with local taproom operators, Howard shared the example of Verdugo West Brewing Co. in Burbank, Calif., which sits less than a mile from a Yard House location. Yard House pours Verdugo West beer, and Howard said there’s no friction with the neighboring brewery. But that would change if the beer company suddenly slashed prices at its taproom.

“That is where there is some tension,” Howard said. “That’s not going to work.” 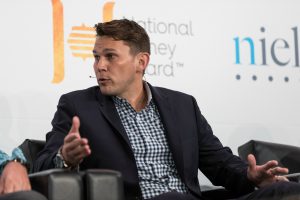 Marc Sawyer, the director of brewery and distributor relations for World of Beer, echoed Howard, but said his company is keeping a “watchful eye” on breweries with apparent multi-state taproom strategies

“I don’t think there’s any reason that we can’t co-exist,” Sawyer said. “It forces us to elevate our game. We have to maintain that level of quality on our draft lines and in our bottle coolers. When you see the success of those taprooms and local independent restaurants, they’re focusing on quality. We have to continue to do that as well to drive that traffic back in our taverns.”

When asked if their feelings would change if brewery taprooms collectively sold twice as much liquid annually — about five million barrels — panelists said their restaurants would need to continue finding ways to improve the drinker experience.

“It’s easy for us to blame outside forces on not being successful in our business,” Howard said, “but if we’re executing our brand the way that we set out to do it, that’s how we win traffic. And we work with those breweries to help drive that traffic.”

Working with those breweries includes avoiding out-of-stocks in their respective restaurants, something both large and small craft brewers are struggling with, Howard said.

“I think it’s about equal right now,” he said. “That’s something that’s changed over the last couple of years.”

Howard said out-of-stock issues for larger brewers emerge when those companies introduce new brands, only to pull focus away if sales expectations are not met.

“We put it [the beer] in 50 buildings and all of a sudden you can’t get it in 20 or 30 of those buildings because a distributor doesn’t want to push it — they don’t want to sell it because it’s not moving — and the supplier doesn’t care about it anyway because it’s going away in three months, so it doesn’t matter,” Howard said. “And then we have to reprint those menus.”

“You’d be amazed how many large breweries out there that don’t even know that they’ve been dropped by a distributor,” added Jonny Stringer, the manager of beer operations for Old Chicago. “These distributors are picking up so many SKUs now, and it’s just got to be impossible to manage. But I guarantee if I pick up my phone, I’ll have about 10 out-of-stock emails.”

Out-of-stock issues aside, beer buyers are having an increasingly difficult time sorting through brands from more than 5,300 breweries.

“It’s never been harder than today,” Sawyer said, noting that purchase decisions are getting tougher. “We have a lot of local autonomy when it comes to our taverns and we have product managers on site who are making the day-to-day decisions on the beers that they’re bringing in. So for us, it’s about getting into those taverns and training local beer buyers on how to properly critique a beer that we’re going to bring in.”

“There’s a lot of great local, but there’s a lot of average local that we have to sift through and our jobs have become a lot more difficult because of it,” Howard added. “We’re willing to work with any brewery as long as they’re making good beer.”

Howard said Yard House grades about 1,000 beers each year, reviewing five or six beers daily, as it figures how to rotate brands across 9,100 draft lines. Last year, the company purchased about 1,800 SKUs,” he said.

“It’s pretty easy to identify which ones are good quality and which aren’t,” Howard said. “You have to be careful because there are some really small breweries out there doing some tremendously brilliant work, and so those are those gems that we need to go find.” 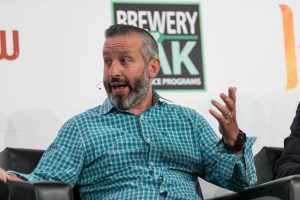 Finding those gems helps create experiences for consumers. So do exclusive collaborations and promotional partnerships, something Old Chicago has executed with Sierra Nevada, Melvin Brewing and Crooked Stave, among others. But there’s a balance that must be struck by also supporting flagship releases.

“We tap 1,000 unique SKUs a month,” Stringer said. “Any time we have one of these beers created for us, we are supporting it with the core lineup. I think it’s important to tell that story that this is the beer that made us and here’s this limited-edition, exclusive beer.”

Sawyer said a small but vocal portion of World of Beer’s customer base is looking for innovative beers while a larger portion gravitates toward core brands.

“It’s critical to have that balance between those core accessible brands and that constant rotation of new, exclusive, rare, hard-to-find beers,” Sawyer said.

Howard acknowledged that on-premise retailers must support core brands, but he stressed the importance of innovation in growing sales.

“I would say if breweries aren’t creating one or two brands every year for us to discuss, then the chances of you getting additional sales in double-digit numbers is exponentially reduced,” Howard said. “It’s hugely important.”