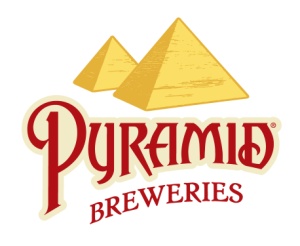 SEATTLE, WA— Beer lovers are always seeking the newest IPAs and hoppy styles, yet many are looking for a highly drinkable beer. The brewers at Pyramid have experimented with combining different styles to create a new beer that accomplishes both. The result is Pyramid IPL (India Pale Lager). This new year-round beer brings a unique twist to the standard IPA, combining the citrusy hop flavors of a Northwest IPA with the smooth finish of a lager. With 6% ABV, this beer rates 60 on the IBU scale.

“Pyramid IPL is somewhat of a blend between a Northwest IPA and a Czech Pilsner,” said Ryan Pappe, head brewer, Pyramid Breweries. “We used a combination of hops common to both brews to create a light bodied beer that has a refreshing flavor and clean finish. With a hint of sweetness, Pyramid IPL has an assertive hop character that will appeal to IPA drinkers, but with a smoother taste experience that harkens back to the classic Czech Pilsners.”

Following the success of Pyramid’s Outburst Imperial IPA, one of the fastest growing IPAs across the Pacific Northwest, Pyramid brewers created Pyramid IPL to give people something different. Pyramid IPL delivers a totally new hoppy experience that beer drinkers will love.

Pyramid IPL will be available on draft, in 22 oz. bottles and in 12 oz. six-pack, 12-pack and 24-pack bottles at select bars, restaurants and retailers across the United States. The launch will be supported by a mix of consumer sampling events across Pyramid’s core markets. To find Pyramid beers, use the global pint seeker.

.ÔÇ¿Based in the Pacific Northwest, Pyramid Breweries, Inc. began as Hart Brewing in 1984 and launched the flagship brand of Pyramid Ales. In 1996, the company was reborn as Pyramid Breweries and currently offers craft beers produced under the Pyramid family of ales and lagers. With breweries in Seattle, WA and Portland, OR, Pyramid also owns Alehouses at both locations and two additional Alehouses in Berkeley and Walnut Creek, CA.

Pyramid brewers have earned 15 medals at the Great American Beer Festival (GABF), including the honor of Mid-size Brewery of the Year in 2008. The brewery also has been awarded seven medals in international competition at the World Beer Cup.