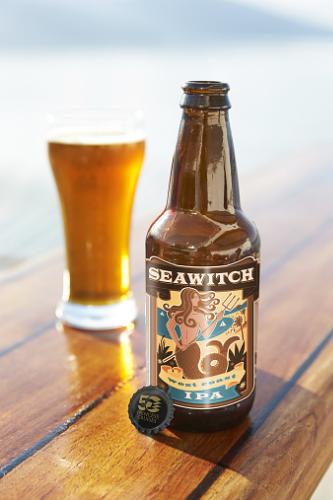 SANTA CLARITA, CA — Princess Cruises is pouring a new craft beer to toast its upcoming 50th anniversary. The “Seawitch” West Coast IPA beer — playfully named for the company’s iconic logo — was developed exclusively for Princess Cruises, in partnership with award-winning Strike Brewing Company, and is the first in the line’s new series of craft beers. The brew will be introduced aboard Regal Princess when the cruise ship debuts in Florida for a season of Caribbean cruises this November.

“We know our guests love distinct experiences and authentic flavors so we’re excited to debut a new craft beer series with this special 50th anniversary blend aboard our newest ship,” said Jonathan Wilson, Princess Cruises vice president of food and beverage services. “The Seawitch West Coast IPA not only commemorates our milestone anniversary, but is also meant to inspire our guests to celebrate their sea journeys with Princess.”

The Seawitch West Coast IPA will retail for $6.25 and be available in bars and lounges throughout Regal Princess. It is expected to be available fleetwide by early 2015.

The cruise line will roll out additional Seawitch craft beers in partnerships with regional breweries that specialize in local flavors and represent some of the cruise destinations Princess ships visit.

Princess Cruises will officially kick off its 50th anniversary year with the naming ceremony of Regal Princess on Nov. 5 in Ft. Lauderdale. The company is honoring the role the The Love Boat played in its five-decades-long history by having the original Love Boat cast members serve as godparents for its newest cruise ship.

One of the best-known names in cruising, Princess Cruises is a global cruise and tour company operating a fleet of 18 modern ships renowned for their innovative design and wide array of choices in dining, entertainment and amenities, all provided in an environment of exceptional customer service. A recognized leader in worldwide cruising, Princess carries 1.7 million guests each year to destinations around the globe ranging in length from three to 111 days. The company is part of Carnival Corporation & plc (NYSE/LSE:CCL; NYSE:CUK).