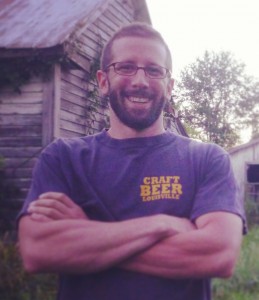 East Haven, CT — Overshores Brewing Co., Connecticut’s first and only dedicated Belgian style brewery is pleased to announce that Brian Cox has joined the staff as Lead Brewer. Cox brings critical production brewing experience to the start-up brewery as it gears up to begin production this fall.

Most recently, Brian Cox was the Lead Production Brewer at Bluegrass Brewing Company in Louisville, Kentucky. In that role, he was responsible for all elements of production brewing including recipe development, material and yeast management, racking, transfers, and filtering. Before starting his brewing career, Cox worked at AK Steel Ashland Works in Ashland, Kentucky. Brian is a graduate of the American Brewer’s Guild Craft Brewers Intensive Science Program and Apprenticeship Distance Learning Program in Salisbury, Vermont. He holds a Bachelors of Administration in Marketing from Marshall University and completed an exchange program at Buckinghamshire Chilterns University College in Chalfont St. Giles, United Kingdom. His favorite Overshores beer is Belgique du Noire.

Overshores Brewing Co. recently announced its plans to begin commercial production of its award-winning beers. Overshores is located in East Haven, Connecticut and is currently in the process of building out its production facilities. Overshores Brewing Co. will be producing its three signature beers—the Tripel Brun, the Belgique du Noire and the Simpel—for shipment beginning this fall.

“Brian brings an incredible wealth of knowledge about production brewing to Overshores,” said Christian Amport, Founder and President of Overshores Brewing Co. “As we gear up to begin brewing and shipping our signature Belgian style offerings, Brian will be responsible for producing beers of the very highest quality that our fans have already come to love.”