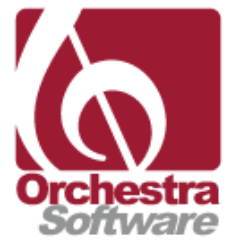 Orchestra Software President, Brad Windecker, said the council was formed with customers in mind: “The council was designed to help us become more customer-centric with our product. We want our customers to contribute to future features and releases of OrchestratedBEER.”

The conference also included influential guest speakers to provide valuable information and address topics outside of the software realm such as brewery insurance, safety programs, brewery valuations and TTB compliance. Former Boston Beer Company CFO, Rich Lindsay, of Lindsay CPA, LLC, presented a special session on brewery valuations and budgeting. Guest speakers like Lindsay provided a change of pace to the training sessions and brought some outside perspective to the practical side of running a brewery.

Day two of the conference kicked off with an opening keynote presented by SAP representative and product specialist, Dan Love. Love addressed OrchestratedBEER’s utilization of the SAP Business One platform and its unique role in the realm of ERP vertical solutions:

During the final keynote session, Windecker presented “The Future of OrchestratedBEER”, which highlighted the future road map for the software and improvements to be made in the next 12 months and beyond. Windecker emphasized the future of OrchestratedBEER that include improvements to existing functionality and an expansion of more brewery-specific capabilities that focus on usability, mobility and third-party integrations.

Among new capabilities was a new native iOS 7 iPad digital packaging app that allows OrchestratedBEER users to fulfill packing production orders right from an iPad in real time. Windecker and Kazimee then presented a brief demonstration of the app to provide a sneak peek into additional mobile functionality currently in development such as quality control capturing, inventory counts and fermentation status functionality. Windecker expressed his vision of the iPad becoming the new age brewery clipboard.

The demonstration left all attendees feeling extremely optimistic and excited about the future capabilities of mobile technology in a brewing facility. The new OrchestratedBEER iPad app was announced to be released in Beta to a select group of OrchestratedBEER users before the end of the year to optimize its functionality before its general release on iTunes in early 2014.

Windecker commented on the overall impact of the conference:

“This year’s OBeer User Conference was a major milestone, signaling the evolution of a user ecosystem around the business side of craft brewing. Our customers are contributing to best practices and standards for how a growing craft brewery should be run, and we’re excited to provide the applications and tools the industry needs. Seeing the interaction among our customers was very exciting for the team at Orchestra Software, and we are already looking forward to next year’s conference.”