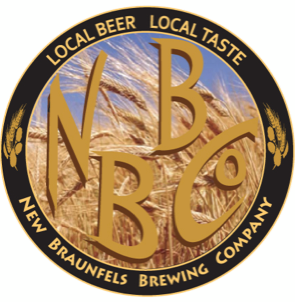 The little brewery in downtown New Braunfels, the New Braunfels Brewing Company, is growing again. Earlier this summer, owners Kelly and Lindsey Meyer chose to change the type of brewery license they held with the State.

The original permit, a manufacturer’s permit, has been turned in to the State in exchange for a Brewpub permit, which should be issued in the next week. The Brewpub permit allows NBBCo to operate as it had before with a few notable exceptions.

“Now we can sell growlers, six-packs and individual bottles out of our taproom so locals and visitors can bring our beer home.” Said Lindsey Meyer. “Additionally we can sell wine, which opens up opportunities for private events where not everyone loves craft beer as much as we do.”

The off-premise nature of the permit also allows NBBCo to be more involved in the variety of downtown New Braunfels events that happen just steps from the brewery. Wein and Saengerfest (May), Wassailfest (Dec), & Wine Stroll (Oct) are just a few examples of opportunities for craft beer lovers to drop by the brewery and take home a growler or a plastic cup to walk the street with.

“We’ve already started a series of special-releases based on our ability to retail bottles.” Said Kelly Meyer,” The first will be a sour beer limited to 75 hand-signed and numbered bottles. We’ve also got beer aging in bourbon barrels and plan to release bottles of Wicked Fuel, a successful tap-room experiment using dark-roasted coffee.”

Since re-opening their doors in May of this year, the brewery has steadily grown to nearly 50 retailers selling local beer. This change is a logical step in the path of growth NBBCo set on in 2011. Look for more great things from the New Braunfels Brewing Company.

Founded in early 2011 by the Meyer family, we brew our locally hand-crafted beer made with old-word German recipes. Current offereings are a HefeWeizen, DunkelWeizen and our emblematic IPAWeizen. What goes in our beer is local water and local passion. What you get is a beer crafted from New Braunfels for New Braunfels. Raise your glass and say….Here’s to Life. Find us online atwww.nbbrewing.com, on Facebook at www.facebook.com/nbbrew or on Twitter atwww.twitter.com/nbbrew