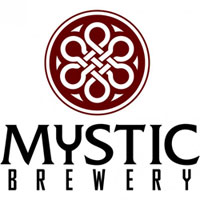 Chelsea, MA — Mystic Brewery received a gold medal in the 2013 Great American Beer Festival (GABF) competition. Presented by the Brewers Association, GABF is the largest national beer competition that recognizes the most outstanding beers produced in the United States. The top three winners in the competition’s 84 beer-style categories were announced October 13 at the Great American Beer Festival awards ceremony held at the Colorado Convention Center in Denver, Colorado.

Mystic Brewery is a two year old specialty microbrewery located in Chelsea, MA in metropolitan Boston. Founded by the Greenhagen Family which traces it’s roots back to American colony’s first poet, the Minister of Mystick Side (Malden, MA), Michael Wigglesworth, the brewery re-imagines possibilities for brewing by reviving ancestral styles and methods of brewing beer. Mystic was awarded a gold medal in the ‘Indigenous Beer’ category for Vinland Two. This specialty project was Mystic’s second anniversary release in which a pure culture of indigenous American yeast is used to brew the beer.

“The Vinland microbe hunting project has taken years of patience and vision for all of us. To see it earn a gold in it’s first year as a submission to the GABF contest is a great honor to receive from the brewing community” said Bryan Greenhagen, founder of Mystic Brewery.

The beer is fermented with a native New England saccharomyces yeast strain that was cultured and isolated from wild blueberries in Norridgewock, ME. The beer presents a pale color and light malt body that illuminates the entirely unique intricacies of the native New England yeast. The indigenous microbes lend a full, round mouthfeel and suggest fruity hints of blueberry, though there are no blueberries in the beer.

Vinland Two’s brewday was captured for an episode of the TV show “Beer Geeks” which airs this weekend on WCVB 5 in the Boston Market on 10/20 at 2:35 am.

The 2013 GABF competition winners were selected by an international panel of 201 expert judges from the record number of 4,809 entries received from 745 U.S. breweries.

“The Great American Beer Festival brings together the most stellar brewers from around the country,” said Chris Swersey, competition director. “Taking home a medal at this premier beer competition is truly a symbol of brewing excellence.”