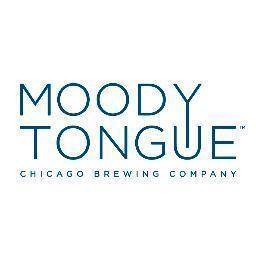 No stranger to Michelin star kitchens, Rouben — who studied at the C.I.A. and worked in both Napa Valley’s Martini House and New York City’s Per Se — has collaborated with over 50 of Chicago’s most esteemed chefs on beers in his previous role as brewmaster at Goose Island. Utilizing a decade of experience in school, on the line and alongside fellow chefs, he approaches the creation of each new beer as a chef would develop a new dish.

Rouben’s culinary brewing method focuses on how and when to incorporate ingredients into the brewing process. To produce balanced, thoughtful beers, the brewmaster distinguishes the five tastes from a myriad possible flavors. While ‘flavored’ beers today can confuse the two, Rouben’s process of culinary brewing distinguishes the contributions flavor and taste can make on their own and in concert with each other.

Cooking methods vary depending on the ingredient and the beer style. As in the kitchen, time and temperature play critical roles. For instance, Rouben can showcase a particular flavor by incorporating an ingredient while reducing the unfermented beer at a high temperature (during the process known as the “boil”); additionally, he can amplify or add to a beer’s aromatics by incorporating an ingredient following fermentation when the temperature is much cooler, typically around 40 degrees. The brewmaster will also utilize traditional cooking methods such as baking, dehydrating, infusing and macerating in the brewing process.

Rouben looks to farm-fresh ingredients—the same high quality foods sourced by Michelin-caliber restaurants—rather than artificial, supplemental extracts or flavor additives to achieve truer results. The availability of exceptional product, along with demand and brewery capacity, will determine the frequency of new seasonal beers.

Moody Tongue is excited to announce its first line-up of beers in the coming months.