Millennials aren’t just one of the key demographics for craft beer; many of them are also mobile app builders. Cassandra Daily, a newsletter that features “relevant trends and cool social happenings of the day” noted on Thursday that these two millennial favorites are coming together in the form of craft beer apps and tools.

According to the newsletter, here’s what we should look out for: 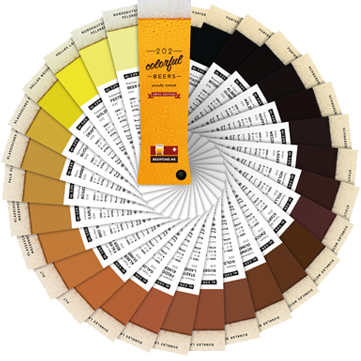 Beertone wants drinkers to appreciate the aesthetics of craft beer.

Beertone uses color cards to represent the many shades of Swiss beers. The cards also feature information such as beer style, ABV, brewery of origin and food pairings. This tool aims to help drinkers appreciate the aesthetics of craft beer. Beertone’s first edition features 202 Swiss beers from 48 breweries, ordered by the lightest beer to the darkest.

Sourcing from a pool of more than 10,000 beers on ratebeer.com, Beer Mapper, a soon-to-launch mobile app, creates a “beer space” that identifies a user’s beer preferences. By comparing beers against one another and weighing the value of variables such as style, flavor, texture and emotion, among others, the app continues to learn about a user’s taste and modify its results.

“Graduate student in computer and electrical engineering Kevin Jamieson, in yet another example of the applicability of math in popular culture, has applied an analytical algorithm to a worthy cause: mapping the universe of beer,” the newsletter said.

Beer Hunt adds a competitive dimension to drinking craft beer. The app enables users to “check in” for every beer consumed and tallies a “Total Craft Score” that awards points based on the number of beers consumed and the style and rarity of the beer. The app also features a “drink-o-graphic,” which stores and presents a user’s beer-drinking history.

“In the very likely circumstance that users don’t remember the details of their particularly refreshing third, fourth or fifth beers, they can consult their drink-o-graphics under more sober conditions,” the newsletter said.