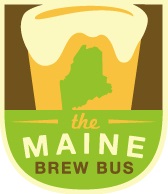 PORTLAND, ME — The Maine Brew Bus has released a new schedule of tours for the summer season. For the first time ever tours have been scheduled six days a week – with several days featuring multiple scheduled tour options to meet the thirsty needs of visitors to Southern Maine.

Travel writers recently ranked Portland as a “much desired” travel destination, and an estimated 8.3 million people visit Portland and Southern Maine each year. Based partially on the tourism trade, Maine’s original brewery tour company has enjoyed very strong success in the first 22 months of their operation.

The company also produces frequent specialty and adventure tours, and began a “Hop and Go” free shuttle on Tuesday and Wednesday evenings that brings guests to producers and purveyors of Portland’s craft alcoholic beverages.

In May of this year, the company was awarded an Editor’s Choice award by Down East Magazine. They were recognized as Maine’s Designated Driver in the Best of Maine July 2014 edition. The popular public review website TripAdvisor presented The Maine Brew Bus with a 2014 Certificate of Excellence based on guest reviews. For 10 months the company has maintained the #1 activity in Portland position on the site.

The new list of summer tours that supplement the existing schedule include:

The Beer About Town tour every Sunday visits three Portland breweries. One that is brand new, one that is under four years old, and one that is constantly revamping their beer offerings after 15 years in the business.

Monday Mix and Mash and the Tuesday Tipple tours bring guests to one local brewery, one winery, and one distillery. A different lineup of stops is featured on the two different days.

The Upside of Bayside tour every Thursday explores the rebounding East Bayside neighborhood and stops by a kombucha producer, a mead maker, and a beer brewer that are literally just hundreds of yards apart.

For more information and a current schedule of tours and events, please visit www.themainebrewbus.com

The Maine Brew Bus was founded in September 2012 by Zach and Allison Poole, who saw a surprising hole in the infrastructure surrounding Maine’s wonderful local businesses. The company began by offering tours on Saturday afternoons to a handful of breweries in the Portland area.

Guests quickly saw that having a designated driver to guide them to both established and up-and-coming producers offered them an opportunity to learn much more about the craft alcohol business than they could learn on their own. Tours are now led by expert guides in addition to a knowledgeable driver to ensure the best possible experience for participating guests as well as for the businesses with which they partner.

The first summer proved that Maine’s original Brew Bus was a very popular tour with locals and visitors alike. Exciting tour routes were added on weekdays, and newly opened breweries embraced the idea of having “The Green Bus” stop by so that guests could taste and tour at their facilities. By the time the first anniversary of the company rolled around, nearly 1,500 guests had taken tours and The Maine Brew Bus had become the #1 activity in Portland as rated by TripAdvisor users. The fleet now includes two buses and additional staff.

In 2014, The Maine Brew Bus was presented a TripAdvisor “Certificate of Excellence” and also an Editor’s Choice award by Down East Magazine as a “2014 Best of Maine” recipient.